Ricky Gervais is a well-known comedian, and a stalwart animal rights advocate. He’s spent a lot of time and money helping protect animals around the world. Not long ago, he was able to honor a fellow animal lover for their dedication to the cause.

Killer is a Belgian Malinois tracking dog who works to follow, capture, and arrest rhinoceros poachers at South Africa’s Kruger National Park. To date, his work has brought down over 115 would-be poachers.

The work Killer does is crucial. Although the exact number of rhinos in Kruger National Park isn’t known (estimates range from 1,500 to 10,500) one thing that’s clear is the number isn’t growing. Poachers kill hundreds of rhinos each year, going after their valuable horns.

Killer received her award from the People’s Dispensary for Sick Animals, a charity that funds medical care for ill animals across the U.K. Founded in 1917, the charity has only dispensed 24 awards. Killer and his hard work have earned number 25.”Killer does fantastic work in Kruger National Park,” Gervais told the BBC. “He helped capture dozens of poachers in the last year alone, thanks to his amazing courage and dedication.”

Watch the video above to see PSDA and Ricky Gervais honoring Killer’s great work! What did you think? Leave us a comment, we’d love to hear from you! 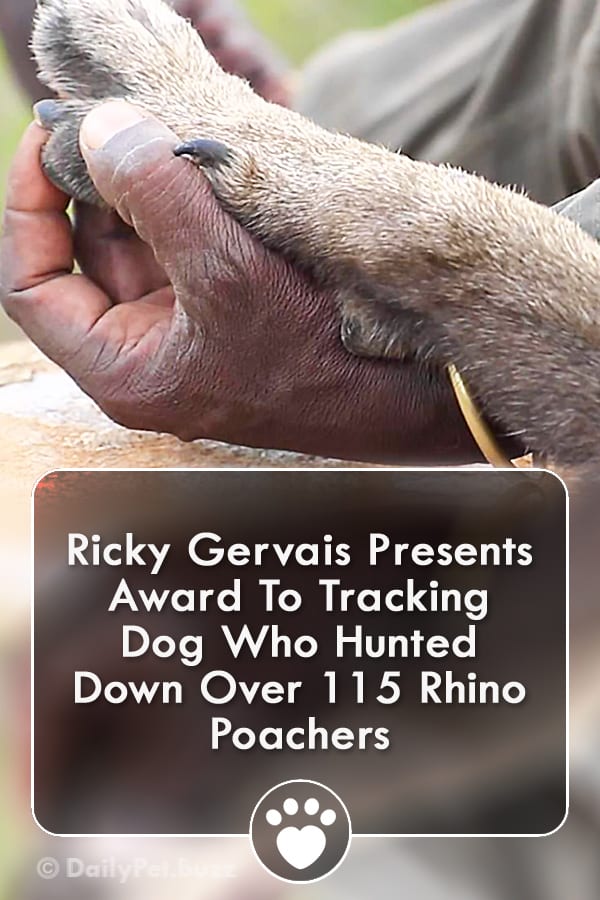