A man and his neighbors heard the cries of a tiny kitten and the man captured her and took her inside his home, only to abandon her back to the street the next day. The little feline retreated under a car for safety and the man’s neighbors wanted to save her and give her the loving home she deserved.

After her previous experience, the kitten was understandably suspicious of the couple who were trying to bring her out from the relative safety under the car, but her hunger finally convinced her to accept the food they offered, and Sorin and his girlfriend brought the kitty inside their home.

It took three days of hiding behind the refrigerator and coming out to eat and drink only while the family slept before the frightened little girl succumbed to her curiosity and her desire for personal interaction. She slowly began to trust. The couple took her to the veterinarian to treat her parasites and make sure she was healthy enough to introduce her to the other animals in the household: Cat Abyzou and dog Dante.

After another week, it was time for the introductions, slowly at first, with a door as a barrier, so the animals could smell one another and become accustomed to each other in a non-threatening manner. It took a short adjustment period, but now the family is fully integrated. All three animals play and snuggle together, with their human parents. The abandoned kitten finally knew the love of family. 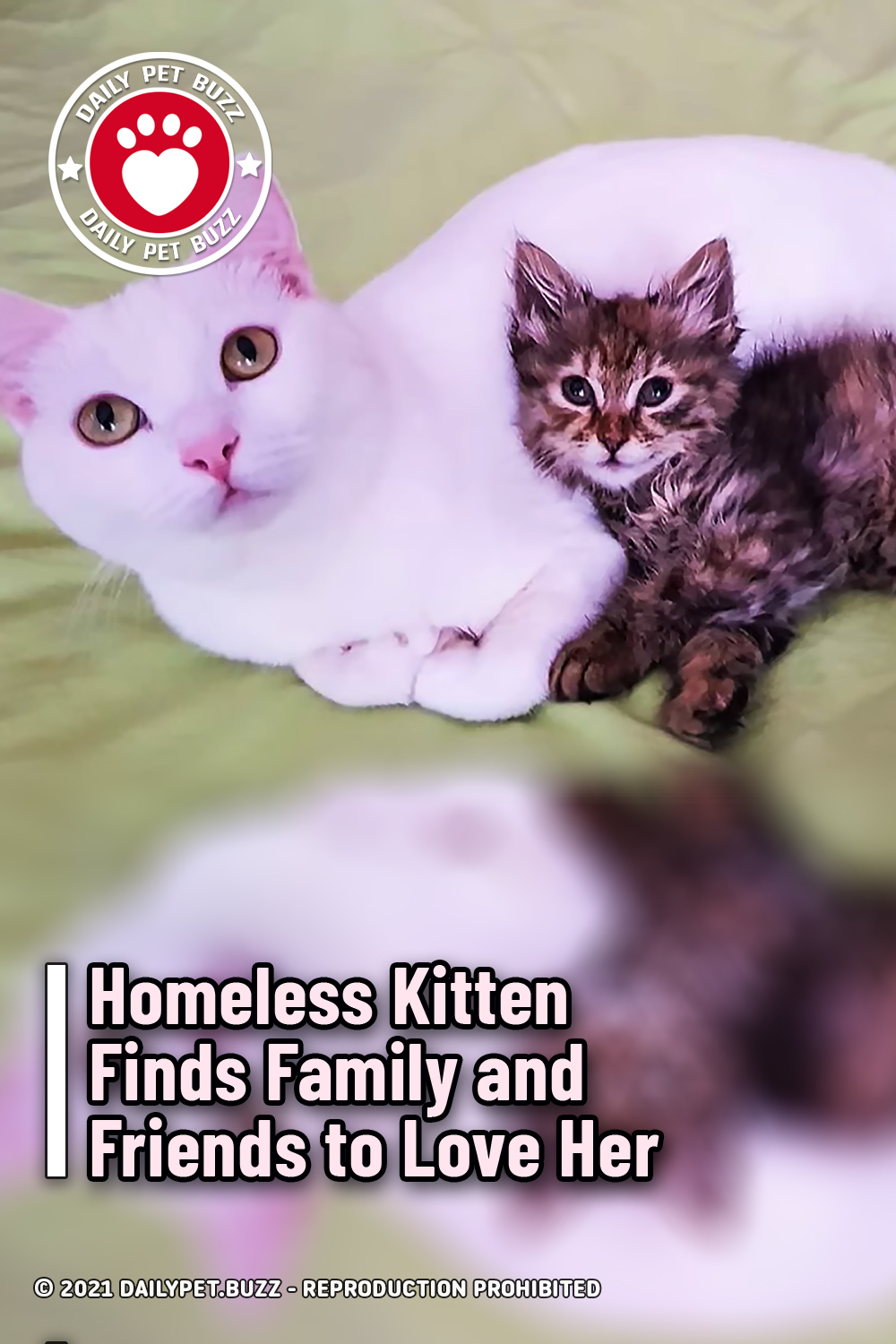