Jeanne Robertson has been taking the internet by storm. Best known for her Christian, family oriented humor, she has also made a successful career as an inspirational speaker, and has earned awards as a Toastmaster. Watching her get up onstage and speak to an audience is always a treat, as she manages to be funny, relatable, and powerful at the same time. I can’t stop watching her, and I wouldn’t want to!

One of her funniest topics is when she talks about her husband, who she’s dubbed ‘Left Brain’, due to his great organizational skills. Left Brain manages a good deal of Jeanne’s business, doing everything from computer work to picking up office supplies. One her website, Jeanne assures her audience that Left Brain is perfectly happy managing the administrative details of her work, since he gets plenty of time to pursue his own pleasures, like golfing and badminton. In fact, he goes with Jeanne to most of the conferences she attends, but ends up spending most of his time at the nearest gold resort. Seems like a good arrangement to me!

In this clip, Jeanne talks about taking Left Brain, otherwise known as Jerry, to a Garth Brooks concert. She prefaces the story with a little explanation about why she calls her husband Left Brain. Shortly after they got married, they went to a family gathering in Alabama, and Jeanne’s plan was to ‘meander’ their way through Alabama, going where the wind would take them. A couple days into the trip, she saw her husband at the phone, and asked him what she was doing. ‘Making reservations,’ he told her, which blew her plan of meandering right out of the water! A perfect example of left brain planning, which she follows up with a hilarious story about Left Brain being decidedly left brain at a Garth Brooks concert. Get ready to laugh!

Check out this knee-slapping video above. What did you think? Leave us a comment, we’d love to hear from you! 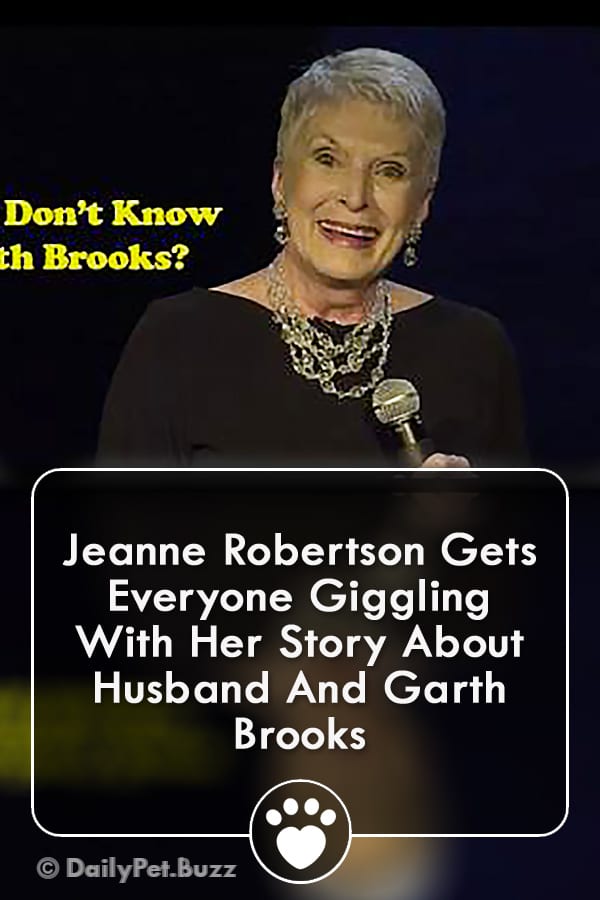