Huskies are known to be a very talkative breed of dog. They chatter away and there has been plenty of talking husky videos. But this video shows a conversation between a Husky and a baby who seem to understand each other just perfectly. I think these two are going to be friends for a very long time.

While neither of these two can actually understand each other, it really feels like a genuine connection has been made between them. If they could understand each other this would probably escalate into a big argument, but since they can’t, they just talk over each other for quite some time. I think this baby catches on pretty quickly that as long as she makes noise, the dog will talk to her.

The baby is just reciting gibberish, and the husky is answering back. Mom left the two together for a minute and when she came back they were doing this! I’m so glad she grabbed the camera so she could share it with us.

They are pretty cute together, and even though the dog seems pretty interested in the camera, she clearly has her buddy there next to her. Studies have shown that babies who grow up with a pet learn responsibility and form better relationships with people as a result of having a close bond with a pet. I’d say these two are pretty well bonded, wouldn’t you?

What do you think about this video? Let us know your thoughts in the comments. We’d love to hear from you. 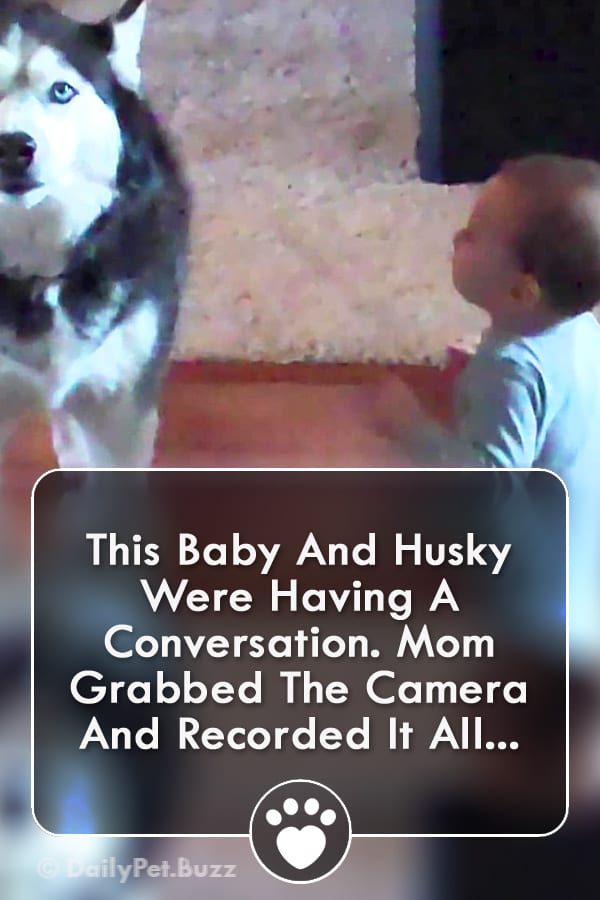