The video above features a beautiful story about a stray dog. This poor pooch was found on the streets of India by Animal Aid. The dog was turning to ‘stone.’ She was emaciated and she suffered from a severe case of mange that was turning her skin to be as hard as rock itself. Thankfully, the rescuers got to her before it was too late.

She was driven to the Animal Aid shelter where she was taken care of by some amazing people. Many of us would no doubt have been disgusted at the dog’s condition, but I am really impressed by these amazing people in the video. They are heroes in my eyes!

When they found her, she looked near death sleeping in an old, abandoned vehicle. They fed her a bit of food, and the rescuer was petting her even though she looked horrible. It was probably the kindest touch she had ever received. He was so kind to her.

You can see her skeleton because she was so thin and flies were everywhere. They put a blanket over her and picked her up. She was confused at first, but her life was about to change forever. At the shelter, she received her first bath and after four days, all of her crusty skin was almost gone aleady.

She was treated continually for six whole weeks. When you see her transformation at the end, you just might tear up! What a sweetie she is after all she’s been through.

Watch Alice’s amazing transformation below! Did this touch your heart? Let us know what you thought in the comments! 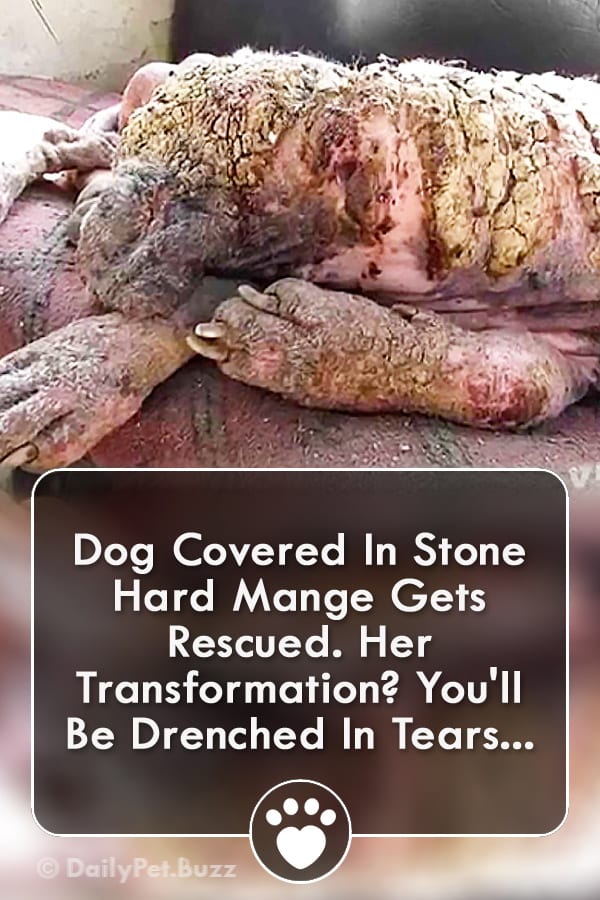