Eighty-nine-year-old Miguel Rojas and his 83-year-old wife, Ada both ended up in the hospital after their Chihuahua died, but thanks to the kindness of a stranger, they got a wonderful surprise. A complete stranger gave them a puppy to care for and they were so thankful, they were moved to tears. Their Chihuahua named Gucci died because of injuries he received when he was attacked by another dog, and the couple was so traumatized, they ended up in the hospital.

Not only did this vicious attack take their dog’s life, but it made them feel they didn’t have the same peace and safety in their life anymore. Miguel was so stressed he had to go to the hospital for high blood pressure, and Ada had to get over 100 stitches after trying to stop the attack. Seeing this happen to their beloved pet was so devastating, they were having trouble recovering from the tragic event.

A stranger heard about what happened to the couple’s dog and he decided there was something he could do to help them. This angel’s name is Mario Cambo and what he did drastically improved the quality of the couple’s life. He gave them a puppy to love and care for as you will see in the video above. Although the puppy can’t replace their Chihuahua, he certainly does give them hope and happiness.

Watch this touching puppy gift in the video featured above, and if you enjoy it, be sure to share it on social media! 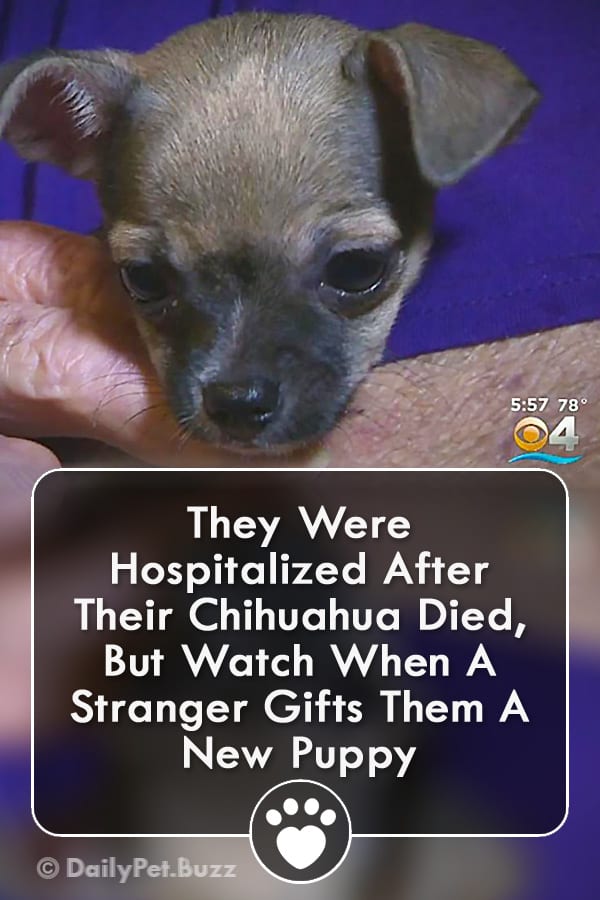