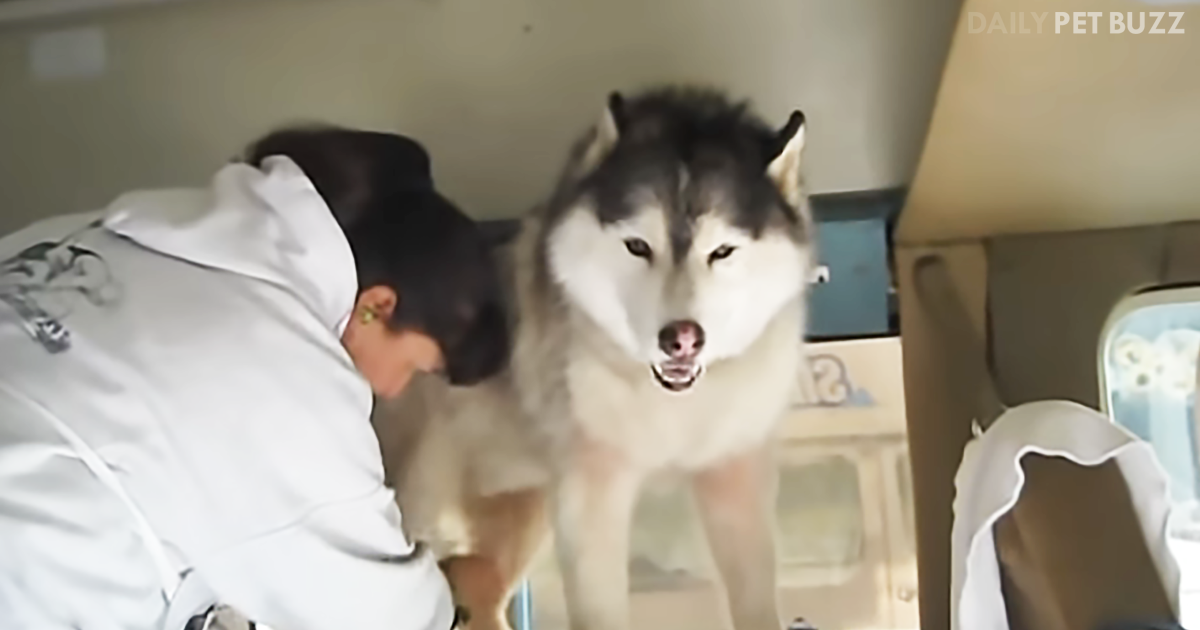 There are times when dogs will be the bravest creatures on the planet. Police dogs will jump in the way of bullets intended for their partners without hesitation. Army dogs will sniff out mines without a second thought. Then there are some breeds that look like they should be tough, but turn out to be the biggest wimps ever. Take a look at the pooch that we see in this video who is crying over the silliest thing.

We see a woman holding a tiny dog walk out of an apartment building. It’s either summer or they live in a warm climate. She walks over to a mobile grooming unit, where it sounds like a dog is in dire pain. She peeks in and sees a huskie named Thunder being the biggest crybaby on the planet while the groomer dries his fur.

This is not a happy camper at the moment, and he is NOT shy about letting people know. Thunder’s just annoyed at the dryer. It even sounds like he’s saying, ‘I don’t like it’ over and over. He’s just complaining until it’s over – he’s not showing any signs of anger or aggression towards the groomer. Though a policeman walking around the area might think that the huskie was being stretched out on a medieval torture rack of some kind. I think he’s just a wee bit dramatic – don’t you?

It’s not like Thunder’s a bad dog who’s biting the groomer and making life generally miserable for her. Well, she probably wishes she has some earplugs or something similar. You can tell that the groomer and the person filming this have a great deal of affection for this pooch. They also can’t wait for this session to be over.

Then again, there’s a follow-up video where he comes back and makes – wait for it – MORE NOISE. What a surprise, huh? I thought that Thunder was a gorgeous-looking dog, though. Don’t miss this dramatic Husky howling over a dryer in the video below. 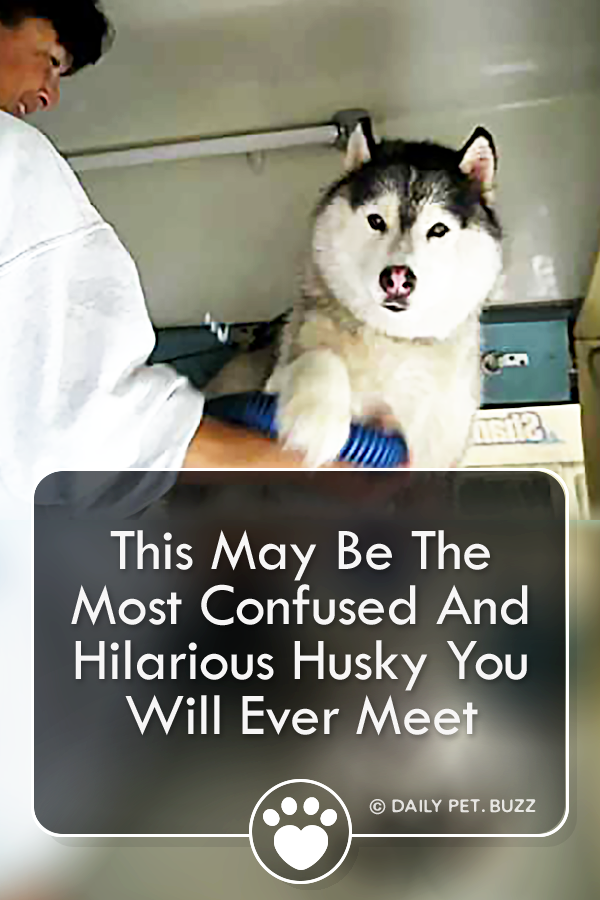