Who would have thought that a fox and a dog would be best friends? Usually it’s dogs that are hunting foxes. Sometimes the two get along, though the fox has to be domesticated first. I don’t think there’s been a case of a naturally wild fox being friends with a dog. This is a big world and anything can happen though. That’s not the case with this awesome video of a fo and dog playing together.

The stars of this video are a dog named Tinni and a fox name Sniffer. They live in Norway and Sniffer’s parents found him as an abandoned baby. They adopted him and he bonded with Tinni. I must admit that as a parent who has a child that likes ‘Dora the Explorer,’ I kept mentally thinking of Sniffer as ‘swiper.’ If you have kids, you understand. Anyways, the two play all the time in the woods. We see them playing in different seasons.

My favorite parts of the video is where Tinni chases Sniffer around these giant rocks that look like giant marshmallows. I want marshmallows like these in my house. Then again, if I had just one of them, it would take me about two weeks to eat one and I’d weigh about 400 lbs. It’s probably better for me that there are none that size. It’s still fun to imagine, though. Mmm. Marshmallows.

This is yet another great interspecies video. Of course, the best comparison for it is Disney’s ‘The Fox and the Hound.’ This is real life, though. Not animated. I love watching them run around and there’s just something infectious about the background music. I admit to nodding my head to the rhythm of the song from time to time. It’s just a cute, feel-good video. Hopefully Tinni and Sniffer are friends for a very long time.

Who was cuter? Tinni or Sniffer? Would you ever have a fox for a pet? Why or why not? Please tell us below! 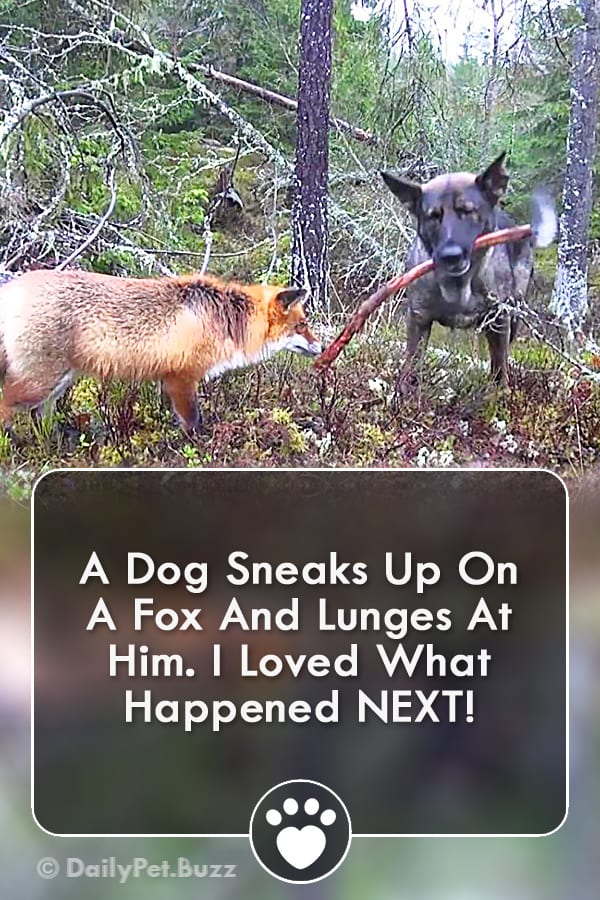