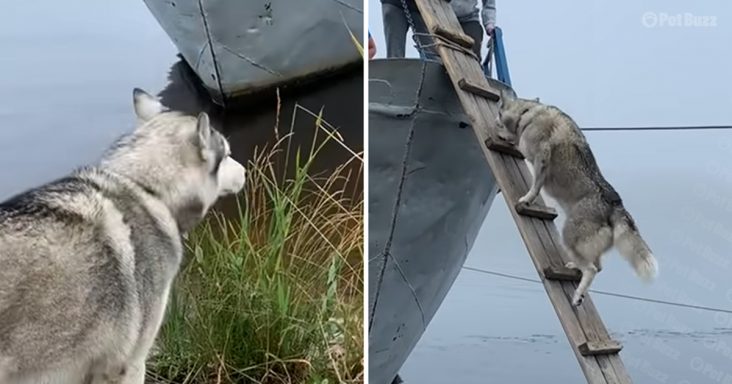 At the bottom of a wooden ladder, intelligent Husky waits for his turn to climb aboard a boat. It is a cold day with fog hanging above the water.

There are already a few people on the boat waiting for the rest of the passengers. The patient Husky watches as someone climbs the ladder that is resting against the boat.

He is slowly wagging his tail and, at first, is a bit scared to get on the ladder. The Husky looks up at the people in the boat and howls with some frustration.

From the boat, one person cheers and encourages the Husky to start climbing. They know the Husky can do it. Eventually, the Husky does begin to make his way onto the ladder.

The Husky slowly and surely climbed the ladder. He used his nose and face to make sure the thing was stable, and he took each step gently.

He knew there was no need to rush, and he started out by carefully placing two paws on each step before moving on to the next one. Near the top, he grew more confident.

The Husky then climbed the ladder using one paw for each step instead of two. He jumps onto the boat, and someone makes sure he’s onboard safely. 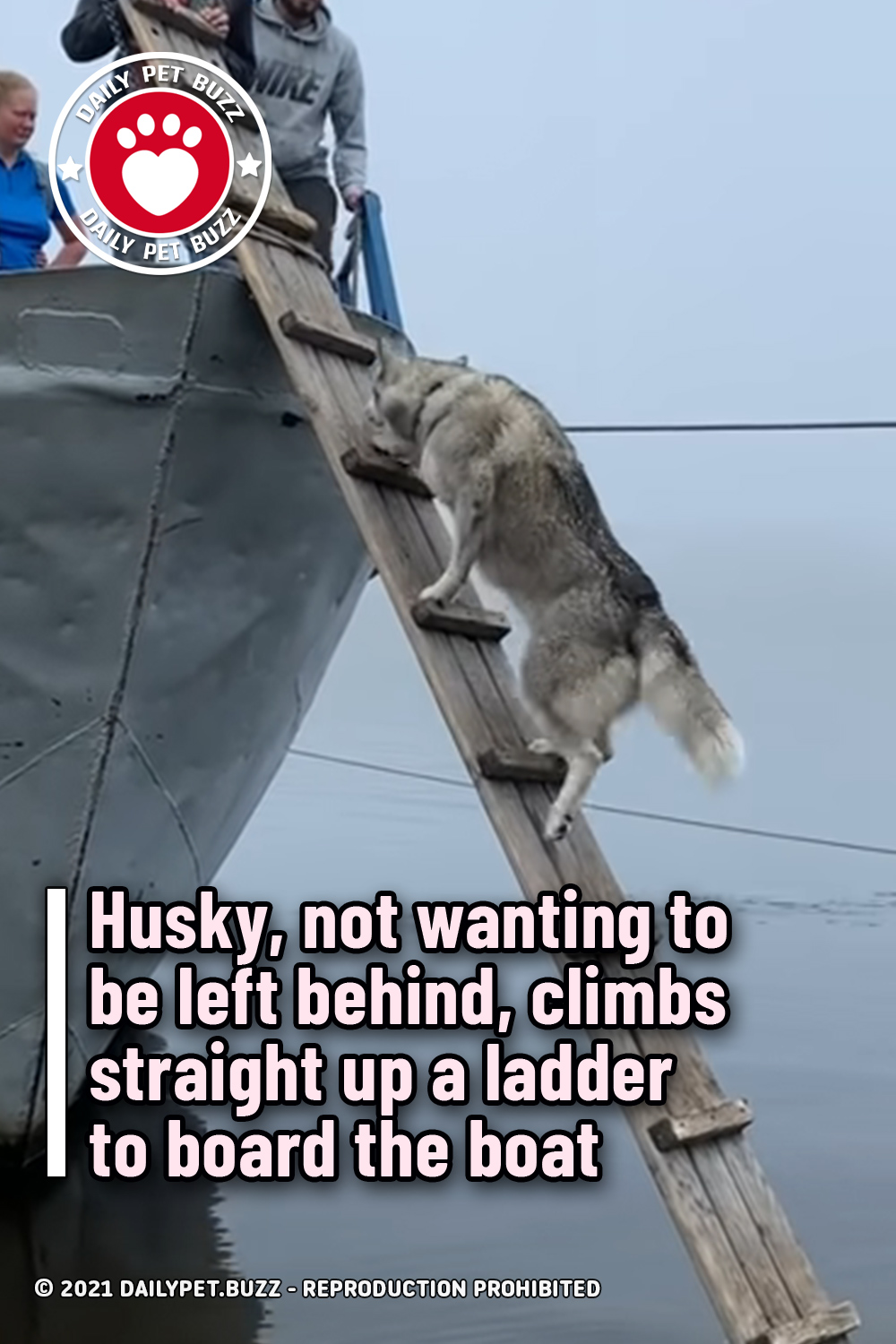