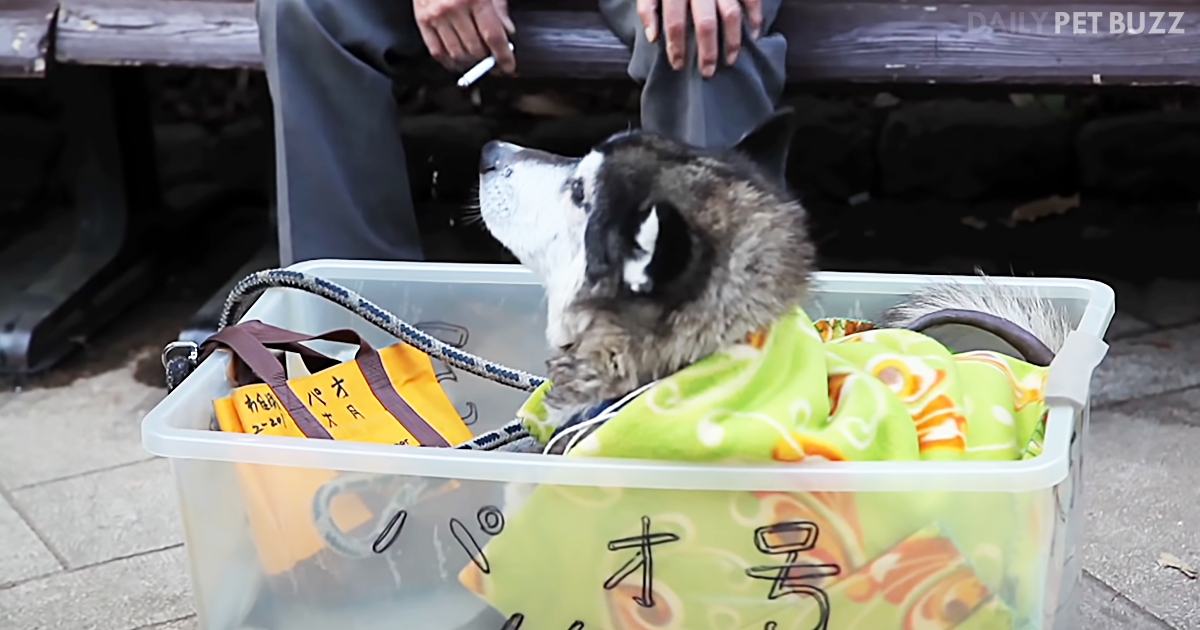 When a person ages, he or she might have trouble getting around, so we have made lots of inventions to help our elders if such a thing happens. But what about old pets? Old age can affect animals just as much as us, and often times we forget that. But the man in this video didn’t forget, and just wait till you see how he takes care of his husky.

This husky dad knows just how much his dog loved their daily walks, so he was not going to deprive him of that privilege. Therefore he created something extra special for his four-legged companion so he could join him while exploring the world outside.

It looks like this video might have been filmed in Japan – the writing on the box tells us the man’s surname, as well as the dog’s name (Pao) and his age (16 years old). This older man is relaxing, and having a smoke in the park, and in front of him is his husky.

But his dog isn’t on the ground. He’s in a special plastic storage bin, but also has wheels on it to turn it into a wagon, and he added a rope so he could pull his companion. But that wasn’t enough. He made a bed in the wagon, and his dog is cozy and warm, wrapped in a blanket.

Many people stop to say hello and pet the dog. It looks like this man’s invention is a big success. The video ends with the man pulling the dog down the street. Sometimes the wagon goes off course, but it doesn’t matter. When people see the man and his dog, they make way and smile at them. I love how much this man loves his dog. Watch the video below. 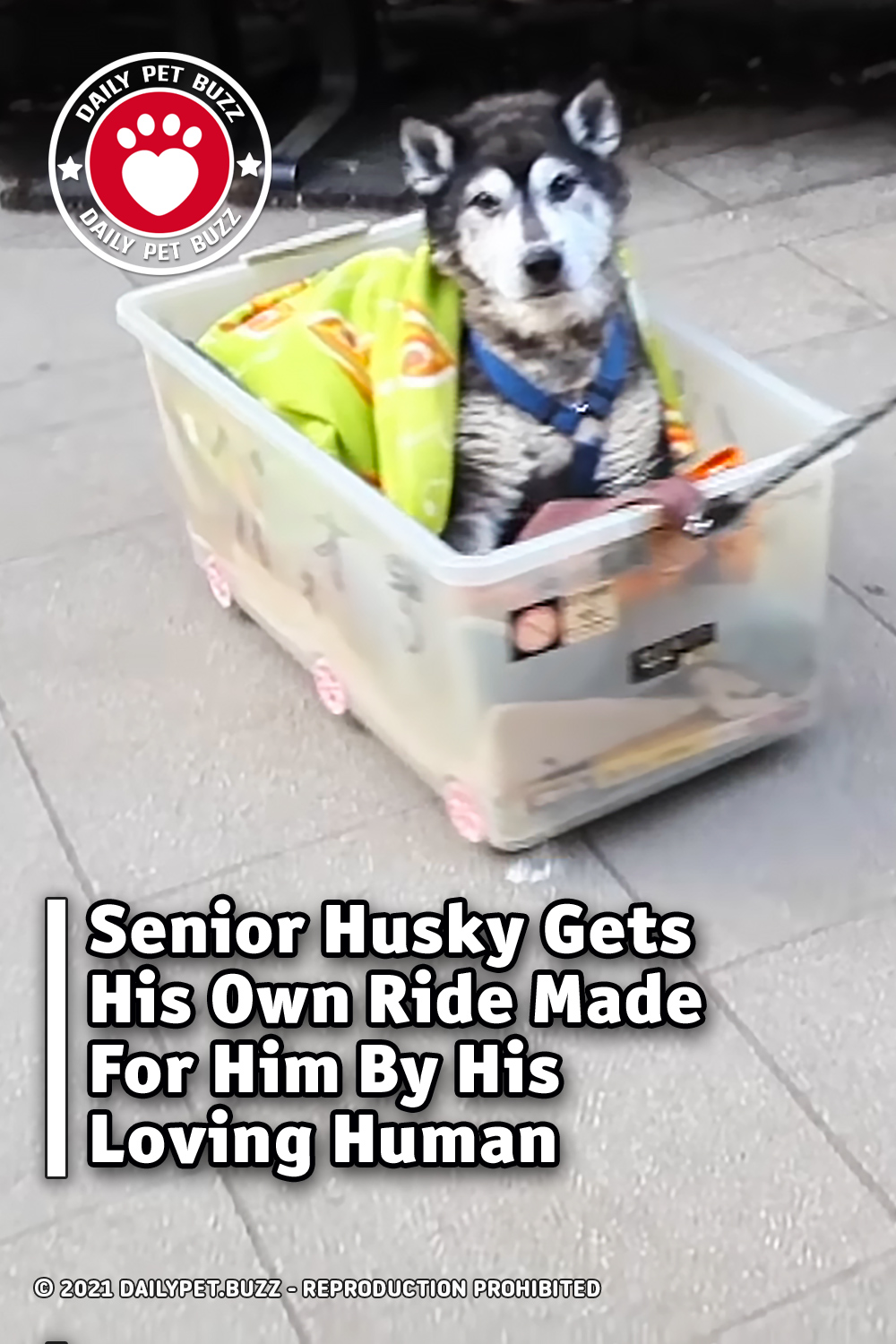