When animals are threatened, their natural instinct is to make themselves appear as if they are bigger than they really are by either raising the hair on their back, or spreading their wings or tails, or by barking or screaming loudly. Sometimes, even tiny animals have to exert themselves and show everyone who’s boss. They think they will be able to intimidate animals much larger than them just with these defensive tricks. It doesn’t always work, as you’ll see in this funny video.

These Yorkie puppies are so small that their bark, and even their bite, doesn’t intimidate anyone or anything, but that does not stop them from trying as hard as they can to scare everyone with their might. At only three weeks old, they obviously can’t scare anyone yet, but check back with them in a couple of years and things might just be different. I doubt it, but maybe. Right now the only reaction these cute puppies get is a laugh from the audience.

When a large group of Guinea Hens invaded the neighborhood, the puppies didn’t know what to do, but they knew they wanted these intruders out of their territory. They do whatever they can to appear as the tough and intimidating dogs that they wish they were, but they only come off as cute little fluff balls that you want to cuddle all day!

Watch this adorable group of puppies in the following video. You’re going to fall in love with them. Don’t forget to share it with your friends on Pinterest! 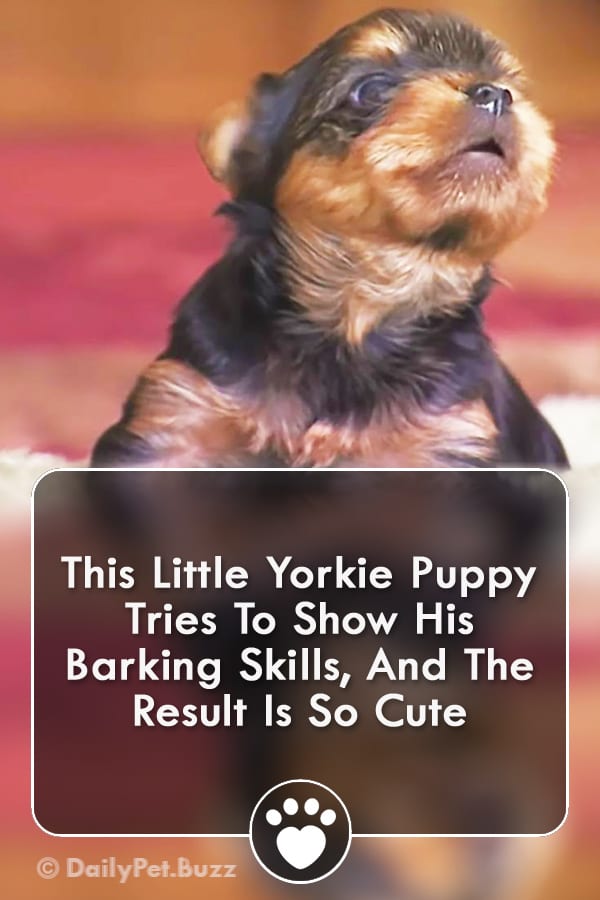