We’ve seen her in many videos before, so you must already be familiar with Mishka, the talking husky, and she’s back with another one of her classics. The video we brought today is a bit of an oldie but goodie; it was posted back in 2012, when Mishka was still rising to fame. She has a lot to say about her culinary preferences, and she’s not afraid to ‘speak’ up!

In the video shown below, you can see her Mom and Dad trying to start cooking something for dinner. They try telling their son if he wants to help make some potatoes, but she doesn’t seem very interested. However, to their surprise, Mishka seems to be very excited about it herself! She was so happy to eat potatoes for dinner, she did what she knows best!

We now know that talking dogs do have an explanation. Experts have said that they do it to imitate the sounds that they hear from humans, in hopes of sympathizing with them and getting a reward or a treat in return. So they don’t really know what they are saying, but when a dog speaks to you, it definitely means he or she cares a lot about you!

What do you think of this speaking dog? She’s just lovely! Tell us your thoughts in the comment section under the video. 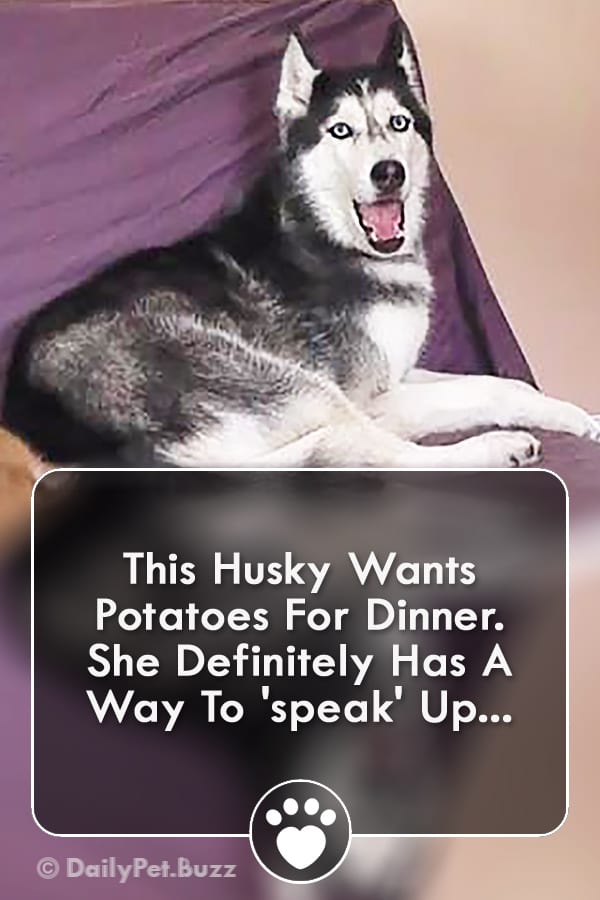