Hyper animals can be a lot of fun to be around. It’s amusing to see them just be a giant blur of energy. But it can get old really fast too. There was a woman in my father’s building who had had a Pomeranian. Friendly dog, but its overabundance of energy was draining for me, since he would be running and yipping for 10 straight minutes. But then there’s the case of the dog in this video, who is cuteness embodied.

We see Norbert running around a bed in a video aptly titled ‘When you drink too much coffee – ‘ He’s quite hyper and there’s no real ‘off’ switch. He just keeps moving around the bed, stopping for maybe a second for air before pausing and then resuming his frantic laps around the bed. He’s so cute the way that he bolts around there and his body is so tiny. I don’t drink coffee, but I’ve had too much soda and I know how he feels.

The only drawback here is that ‘Norbert’ is also the name of a truly terrible Eddie Murphy comedy. Well, ‘comedy’ may be a loose definition of the garbage that was filmed. This was during the ‘Um – Has Eddie Murphy Lost It?’ phase of his career. So maybe people may think that they will see the former SNL comedian here. No, rest assured that there is NO sign of him, the only dog here is the cute fluffy one on the bed.

Norbert is such a cute dog. One person even asked in the comments why he ‘only’ had 100,000 views, even going so far as to ruminate that the Internet was broken because of his videos not having millions of views. I agree. Hopefully, the people who watch it from this page can drive those numbers up even more. This pooch deserves it – really, he does. I think I’m going to go watch it one more time to raise it up more.

What an adorable video! Norbert is the best! Don’t you think so? Tell us your thoughts in the comments section below! 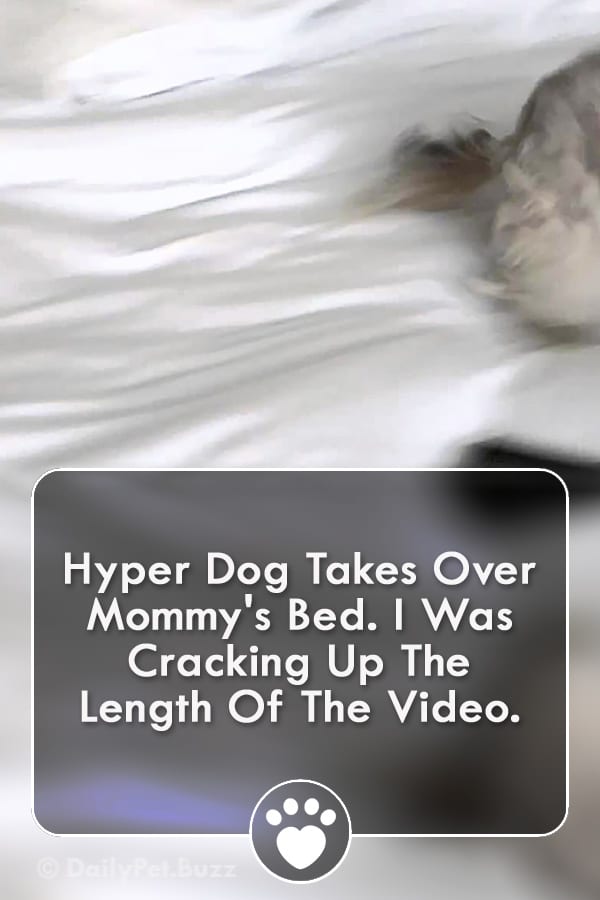