One of the benefits of living in this modern time is that it’s incredibly easy to capture moments as keepsakes. Cell phones can record video at a higher quality than what professional cameras of a couple of decades ago were capable of. See your son or daughter doing something REALLY cool? Just point the phone at them. This dad decided to record his son doing something cool in this video.

We see his son Joshua, playing with his dog outside in a backyard and a forest. The dog is a golden retriever. Joshua looks about maybe three. He ADORES this dog. Hugging him, rolling around with him on the ground, you name it. It’s clear that the dog feels the same way. There’s a song in the background, ‘I Love You.’ I admit, as a father, that this video made me tear up. A father-son bond is very strong. A child-dog bond is a close second.

You can tell that this dad has worked in film. It’s not the herky-jerky camerawork of an amateur. Scenes flow into each other and each shot is framed nearly perfectly. Can you tell I took a couple of film classes in college? Everything looks organic though, nothing is staged. That dog was SO patient with what Joshua did to him, including putting dirt on his head. He deserves a medal, at the very least.

This video is now 10 years old. Joshua is now a teenager. The dog is probably very old or has already passed on. I wonder how he reacts when his dad shows him it now. Probably along the lines of ‘That’s nice, Dad. I’m going to go to my room now.’ His next act is slamming the door to his room. I hope that he’s smiling from fond memories as he does it, though.

Wasn’t Joshua adorable? What did you think of the video? Leave a comment below. 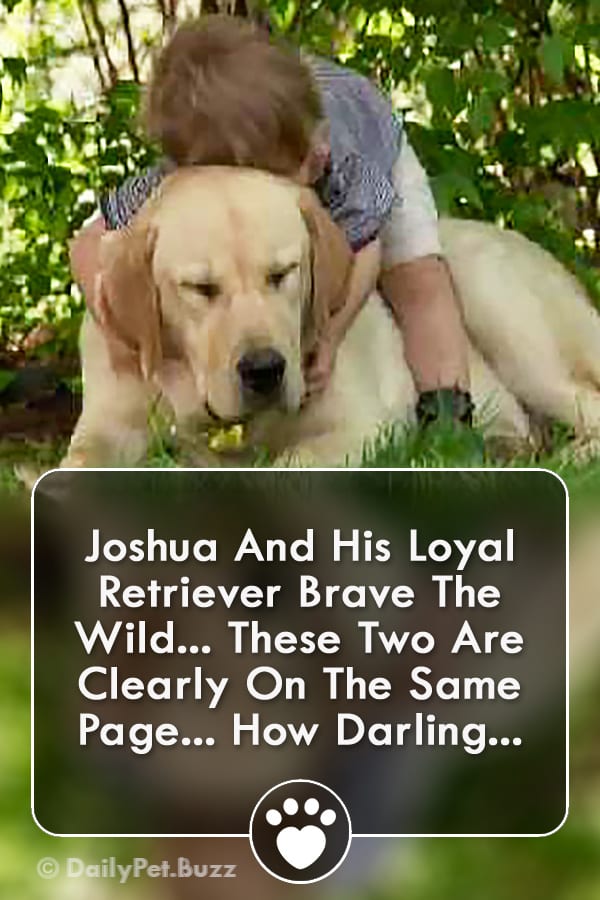