Your entire life can change completely in the blink of an eye. It’s amazing and kind of mind-boggling to think about how one decision”something as simple as turning left instead of right”could alter literally everything in your life. Chance meetings with someone in a coffee shop or at the library could result in a marriage, or a career change. Narrowly avoiding a fatal accident, or being in the wrong place at the wrong time and ending up deeply injured, are all, to some degree, completely out of our control. For the musician in the video above, his pivotal moment came when he was in the darkest of times, and an angel in the form of a sweet orange cat showed up at his feet.

James Bowen was having a hard time making ends meet. He was earning his living as a busker on the streets of London, just his voice and guitar as a means to get by. During that time, he ended up homeless, and the streets become his whole world. As a means to cope with an impending feeling of hopelessness, Bowen turned to heroin for escape. He was on a methadone program, and living in subsidized housing, when Bob arrived. He was only a kitten at the time. He’d been injured, and found some level of safety in Bowen’s apartment building.

Bowen took the cat home, named him Bob, and nursed him back to health. He had no idea his life would change so much, from one simple decision to help the little fur ball. There’s a lot more to James and Bob’s story, and it’s worth every second!

Check out the tale of James and Bob in the video above. What did you think? Leave us a comment, we’d love to hear from you! 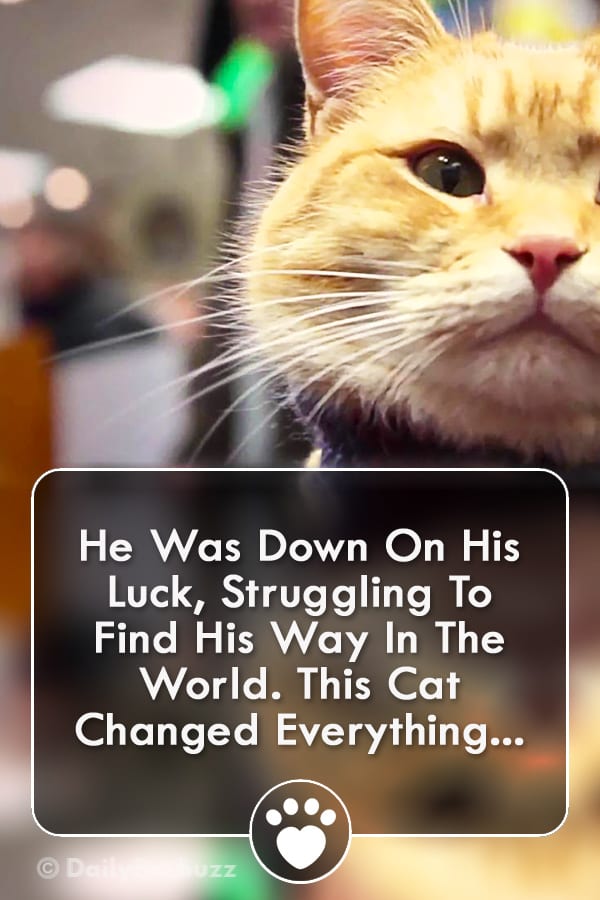