We all get frustrated sometimes and are unable to cope with it. Even though we try to share our sentiments to others about the situation, there are times when people don’t even bother sparing us a look and responding to our outburst. Trying to present an argument to an unwilling audience can be very frustrating, especially when the other person, or pooch, doesn’t understand us. No one understands this situation better than this toddler in the next clip.

In this video, this toddler is obviously trying to convince her bulldog to do something, but the dog is, well, let’s say non-responsive. Disinterested seems rather harsh, but could also be accurate. We may not know the reason, but my guess is she wants her spot back on the couch. She constantly blurts out some unrecognizable words while gesturing the dog to move out and go to his own bed, and her gestures are very convincing and adult-like, but the dog is having none of it. But poor dog, he doesn’t understand a thing this little one is saying. He just listens to her, patiently for a while, and then he gives up and flops down on the couch to get on with his nap. His reaction is pretty amusing.

Watch this adorable moment of this toddler and her bulldog. Let us know what you thought of this video in the comments. We’d love to hear from you! If you think this toddler’s argument deserves a share, please repost this video on Pinterest so your friends can see it too. 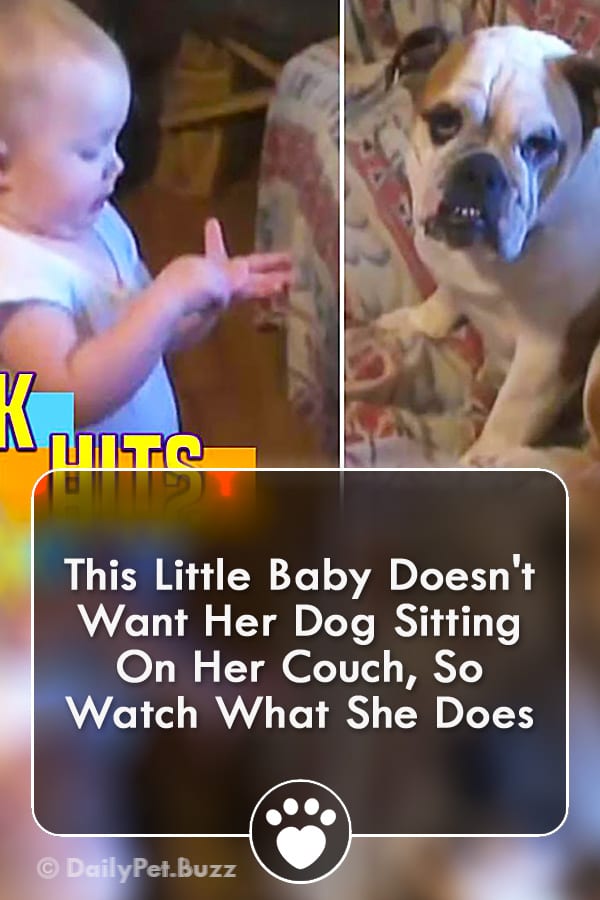