Everybody speculates that cats and dogs don’t mesh together very well, and sometimes they really don’t. Expressions such as ‘fighting like cats and dogs’ are often used to describe such a failing relationship. But this adorable cat and dog duo is going to completely prove that expression wrong. This puppy and kitten were introduced to each other after they were rescued and put together in a shelter, and maybe because they were both so young, they didn’t seem to know they weren’t supposed to love each other.

Ruggles is a teeny Shih Tzu puppy who was rescued from a mill. Chomper, on the other hand, was found under a porch when she was just under two days old. She was then put in the same shelter as Ruggles and the two became the best of friends.

In this clip we see them as a puppy and a kitten playing in their home, not in the shelter. Ruggles seems to have a bit of difficulty walking, but he had health issues, but he has no difficulty playing and loves his playmate. These two roll around together, inspect each other, and just steal our hearts with how much they love each other.

Ruggles has overcome his health issues and is now thriving in his new home, and so is Chompers. Despite their rough start to life, Ruggles and Chompers are both happy and healthy and were adopted to loving forever homes. Ruggles is now an official ambassador for the Cherokee County Animal Shelter, the shelter that rescued him from the puppy mill. He and his pet parent visit schools to educate kids on puppy mills and shelter dogs.

Watch this cute friendship in the video above! What are your thoughts about this? Let us know them in the comments! 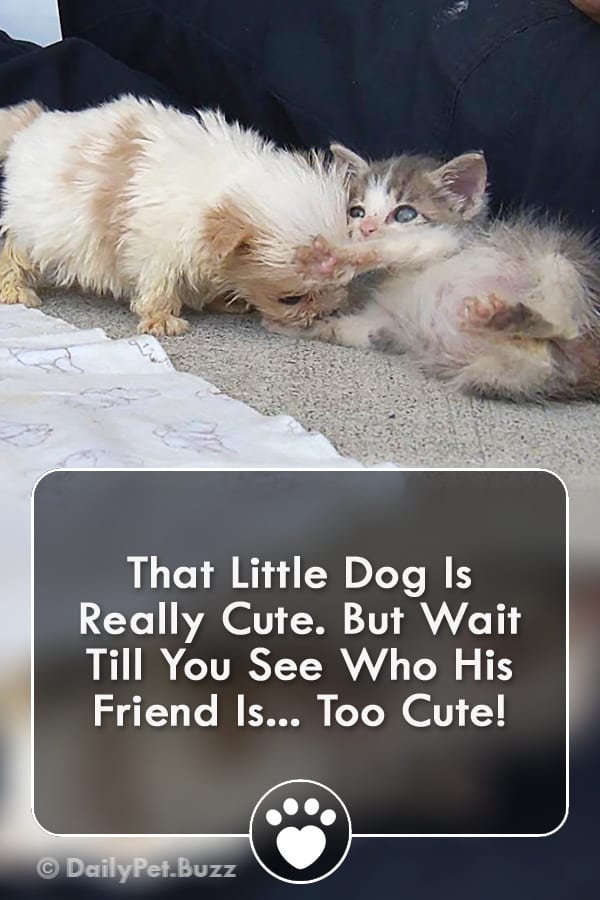