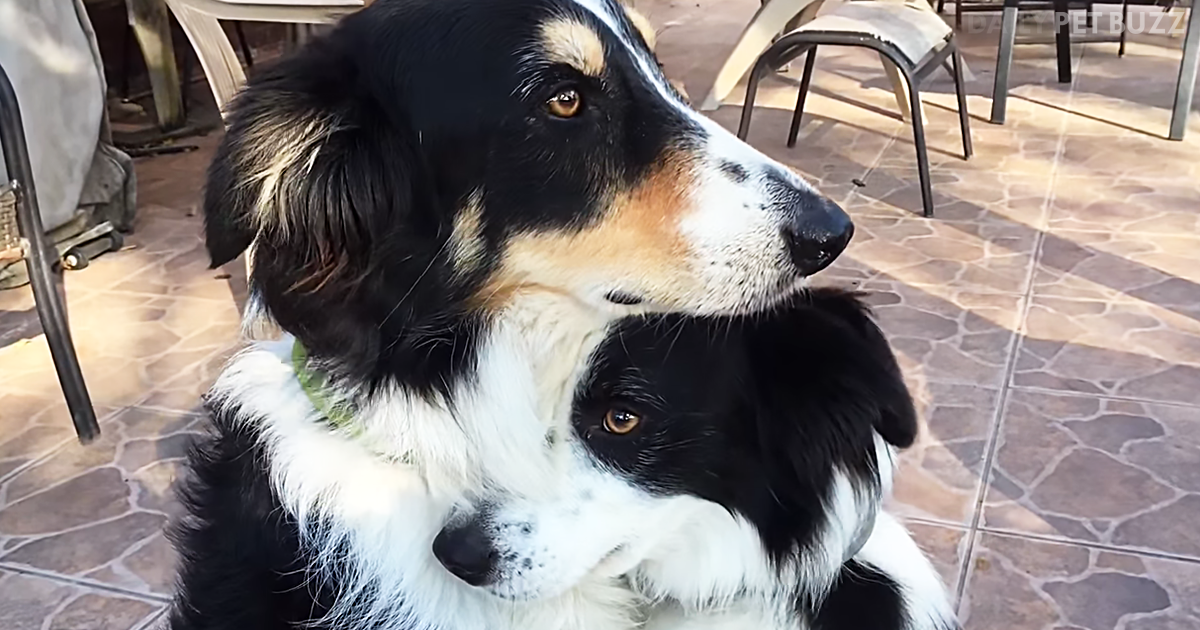 Ok. I don’t care how bad of a day you’re having – once you see this video right here of two dogs hugging, it’s all going to feel better. I guarantee it. Just click play and take a look at these Border Collie duo embracing, and your problems will literally climb out of your head and march out the door. It’s a short video, so I recommend repeat viewings.

Unlike other things that have a limit, you can watch this as much as you like. There’s just something soothing about seeing these two pooches hugging it out. These are very smart dogs, and it seems like one of them is gazing out into the distance, thinking about something. The chances are good that he’s probably visualizing the treat that he will probably get after the video is finished, but let’s not ruin the video with a reality like that. Let’s pretend that he’s thinking about world peace.

Hugging is a great feeling. I could hug all day, especially with my wife. My male cat even gives me a hug every now and then. It’s like a blue moon. But even if these dogs didn’t know exactly what they were doing when they hugged, I’m sure that deep down inside, they realized that it felt good for them to do. It would make for a great Valentine’s Day photo, that’s for sure.

I don’t know what it is that makes this such a great video. Just the act of them hugging it out? The rational side of the brain says that they don’t even comprehend what they are doing, but the emotional side is ecstatic. I think I might try to go get my cats to hug too. On second thought, I don’t think I want to post any videos of me bleeding profusely while they hiss at me, so I’ll just keep watching this video – check it out yourself, just below. 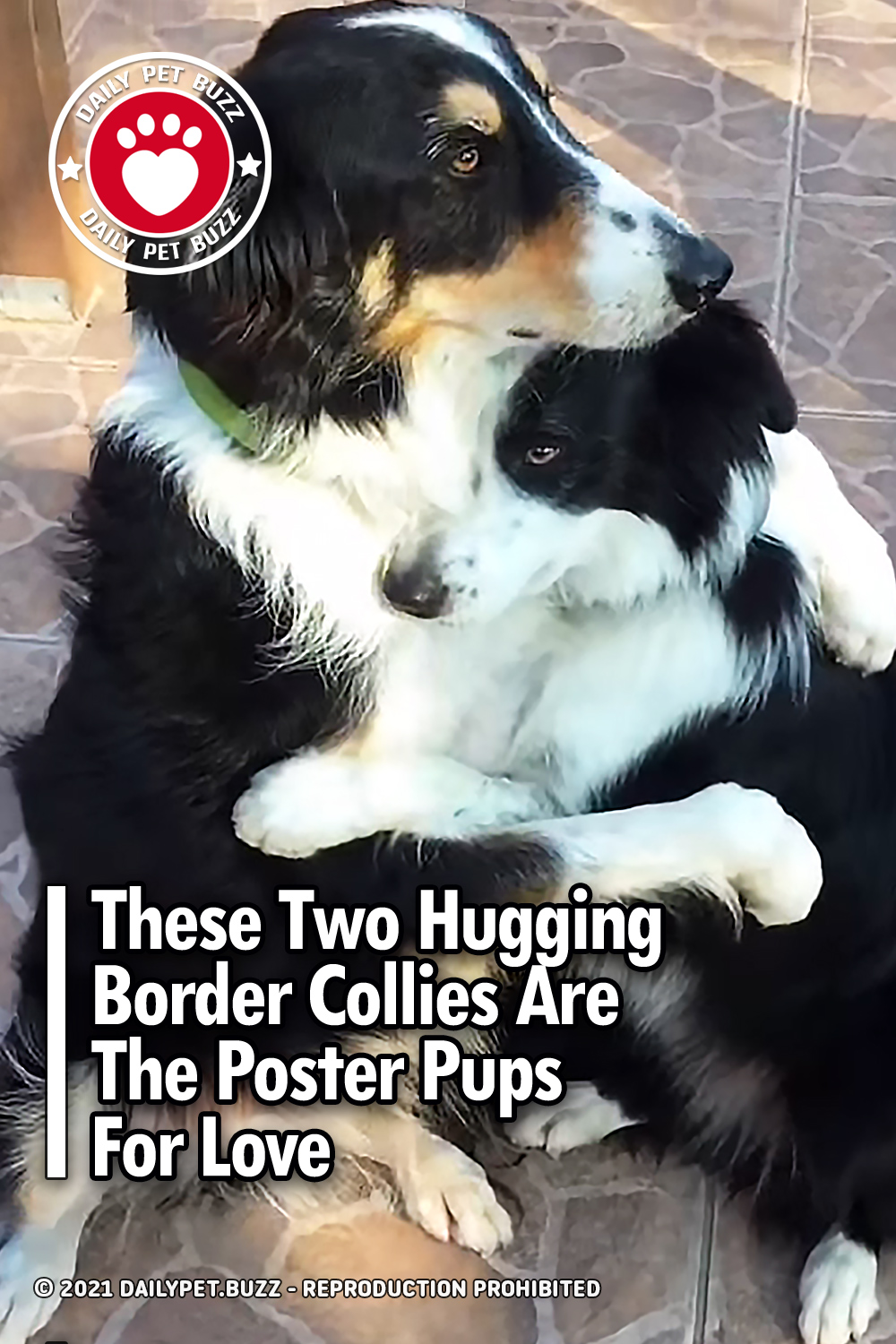