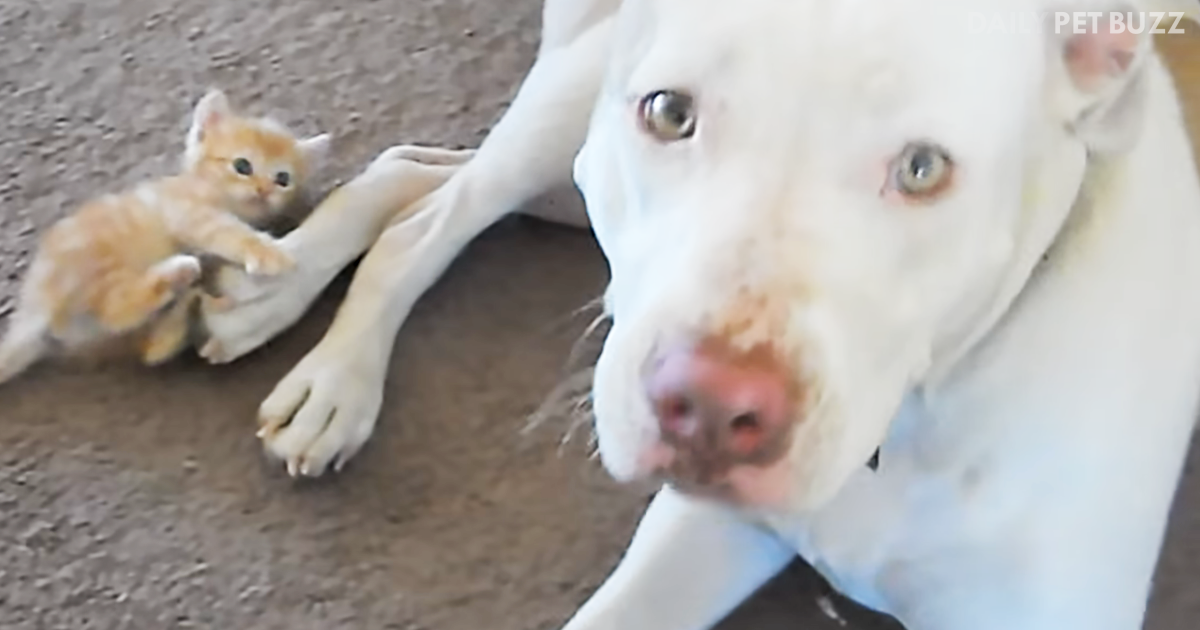 Dogs and cats are assigned the stereotype as being mortal enemies. They are thought of as not being able to get along at all. And if the dog turns out to be something as fierce as a pit bull? The poor cat better say bye-bye to one of his nine lives. Or so people think.

Pitbulls have garnered a pretty bad status over the years. They were originally used as fighting dogs and are considered to be violent. But the poor pit bulls are misunderstood. When raised properly, Pitbulls are as easy going as other dogs.

The Pitbull in this clip got a new family member, and it was an adorable little kitten. And his reaction? Not so brutal, is he? This cute little ginger kitten loves to play with the Pitbull’s feet, and the dog just sits there watching the kitten, enjoying the attention, I think.

This is a white Pitbull, which is not very common, and she’s a pretty big dog, especially compared to this little kitten. But the dog is so gentle with her new little friend. The dog gives the kitten some kisses, and the kitten just keeps on playing, even giving the dog a few kisses in return.

They are so cute together, and this is proof that Pitbulls are the result of what they are taught. This one is as kind and gentle as any other dog. Don’t miss this darling video below of a tiny ginger kitten who is fascinated by her Pitbull friend’s paws. 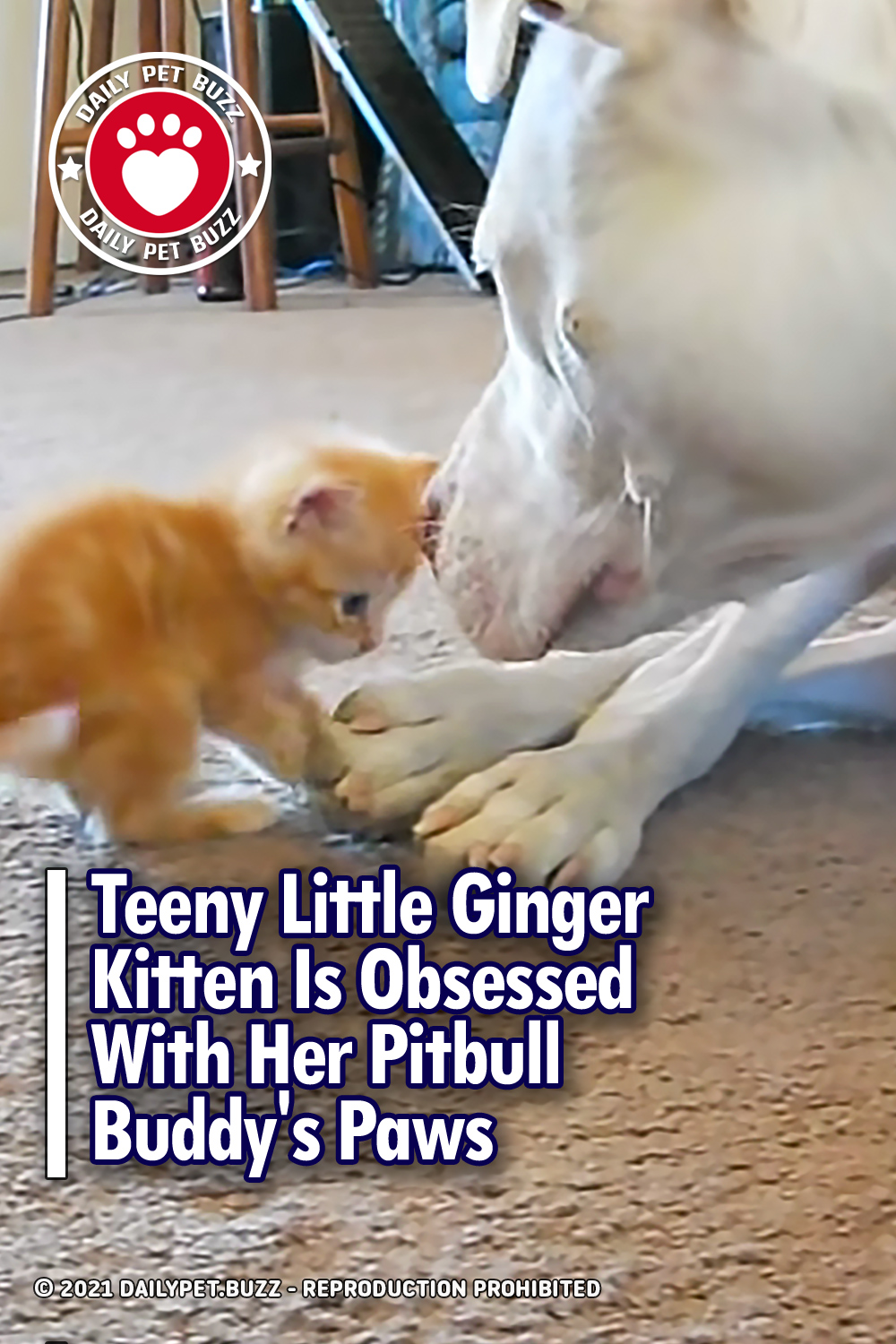