When you were a little kid, there’s a good chance you had a favorite stuffed animal and were intensely possessive of it. Perhaps it was a teddy bear. Despite being large and fearsome forest creatures, bears turned out to make for a wonderful children’s stuffed animal. The history of the teddy bear goes back to the very beginning of the 20th century.

Independently of each other, American toy designer Morris Michtom and his German counterpart Richard Steiff created the first teddy bears. The name was borrowed from President Theodore Roosevelt. A famous political cartoon depicted Roosevelt refusing to shoot a bear in an unsportsmanlike fashion. Michtom sent the president one of the stuffed bears and asked if he’d mind if he called it “Teddy’s bear.” Although Roosevelt couldn’t stand being called Teddy, he was evidently charmed and so we have the teddy bear to this day.

But stuffed animals aren’t just for children. Pets love them, too. Take, for example, a long-haired dachshund named Arvo. His favorite toy is a teddy bear that’s bulkier than Arvo himself. But no matter! This dachshund takes the bear everywhere with him.

Dachshunds were bred to hunt badgers (the name means “badger dog” in German). And with their elongated thin bodies, short legs, and large paws, dachshunds are certainly good at chasing badgers into their burrows. When hunting, dachshunds are ferocious and extremely determined. Arvo is a family pet, not a badger hunter, but he certainly has the breed’s determination. As you’ll see in the video we’ve posted below, this dachshund likes to nap in his carrier. With his teddy bear, of course. Getting the bear into the carrier is quite an effort, but Arvo doesn’t give up, using his long, thin frame to his advantage. It’s very cute and ridiculously funny.

How can you not admire this little guy’s determination and hard work? We’d love to hear from you in the Facebook comments. Be sure to like and share: your friends could probably use some comic relief. 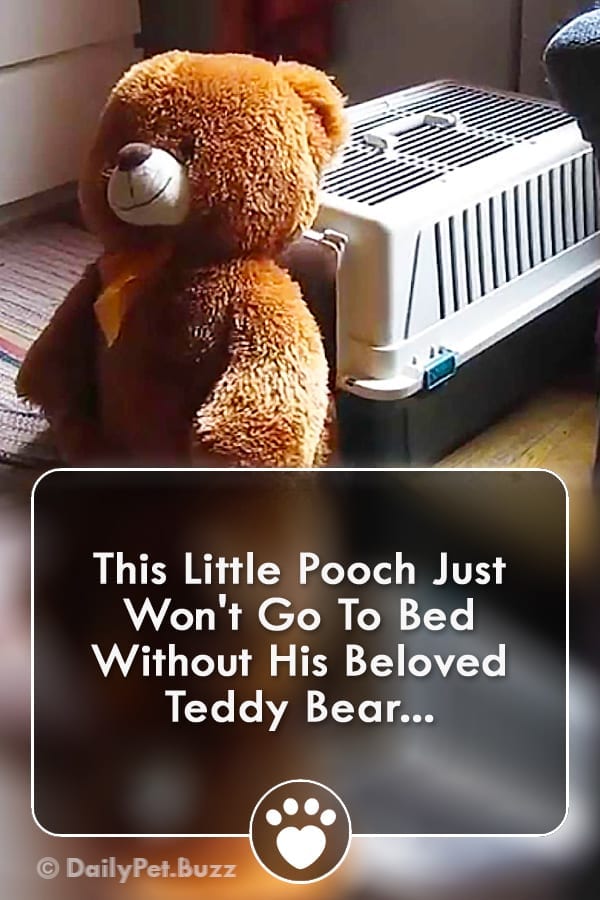