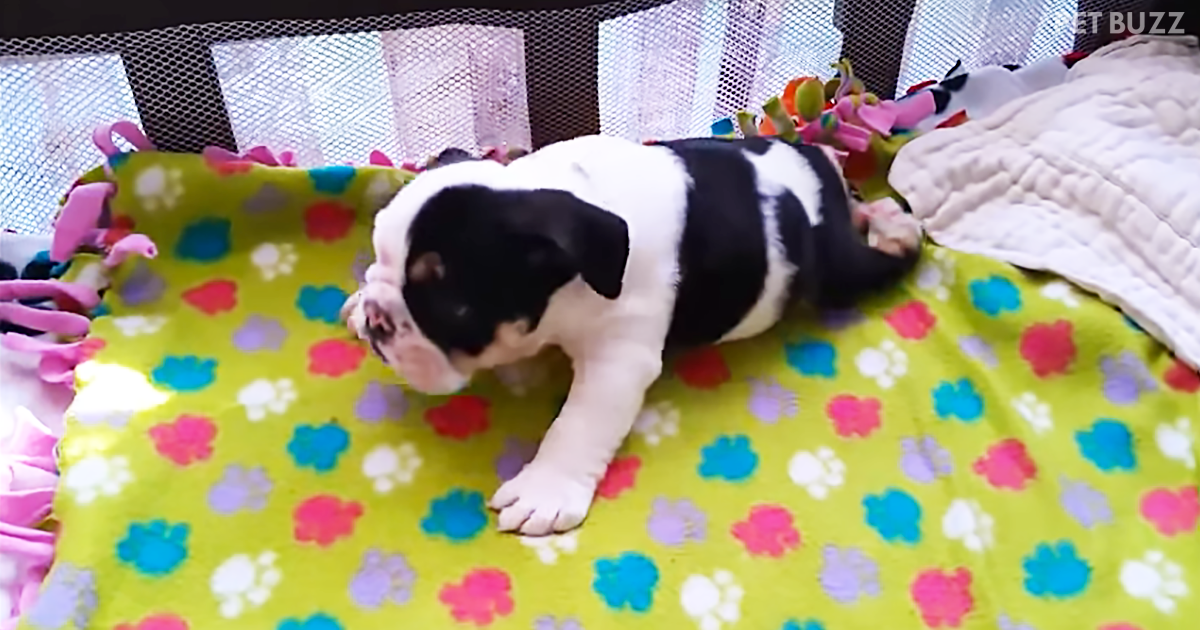 Many people, especially breeders, euthanize animals that are born with special needs. And it’s more than you might think. The poor animals aren’t given even half the love their healthy counterparts receive. It is a sad thing, but it is true. Some of us wouldn’t even think of adopting a disabled animal, maybe because of the added expense or lack of knowledge of how to care for it. But all of them deserve a chance, don’t you think?

The video above features a beautiful dog called Bonsai. This English Bulldog has multiple deformities. He was born with Caudal Regression Syndrome and Sacrocaudal Dysgenesis. This means that he has just half of his spine, has no pelvis, and his rear legs are deformed too. But don’t think the worst of this spunky little Bulldog.

This little puppy doesn’t give up, even though he is at a disadvantage in life compared to his counterparts. He is still thriving and has lots of love to give. You can see in the video that he looks healthy and happy with his mom, who is obviously in love with him and takes excellent care of him.

This feisty little Bulldog communicates with his mom and loves to play with his toys. His front legs are strong, but he has difficulty pulling himself from one place to another. Bonsai is scheduled to undergo surgery to amputate his rear legs. Once this takes place, it’s possible he could be fitted for a device that will make him more mobile.

Don’t miss this little fighter in the video below. Bonsai is just the absolute cutest little pup I have seen in a while. His disadvantages don’t seem to bother him, and he makes the most of everything. 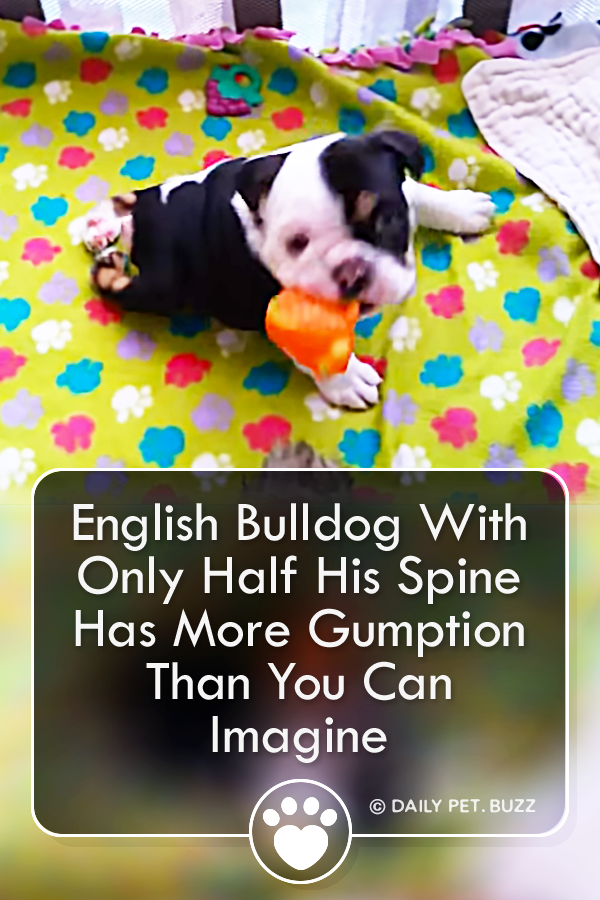