The amazing non-profit organization, Hope For Paws, is back again with another heart-warming video of a dog rescue and makeover. For those who don’t know them, they dedicate their lives to save dogs from awful conditions, and they have been active for years. They have carried out great tasks, such as helping dogs that were stuck underground, inside sewers, or who were astray and alone in the streets. In the video featured here, you will witness an amazing rescuing, you won’t believe it when you see it!

In this clip, we meet a light colored German shepherd, whose name is Venus. The poor pup had been lost alone around the desert, and she had barely survived because a few people had kindly given her food. As many stray dogs are, she was very shy and scared of humans, so much so that they had to tranquilize her from a distance just to be able to help her. They helped her recover a good condition, and she was taken in for rest, and to help her become used to humans again and regain her happiness. After a nice bath and a haircut, she’s transformed for an amazing look! She’ll definitely be adopted in no time. Those guys at Hope For Paws really do a great job!

What did you think of this touching video? Let us know in the comments below! 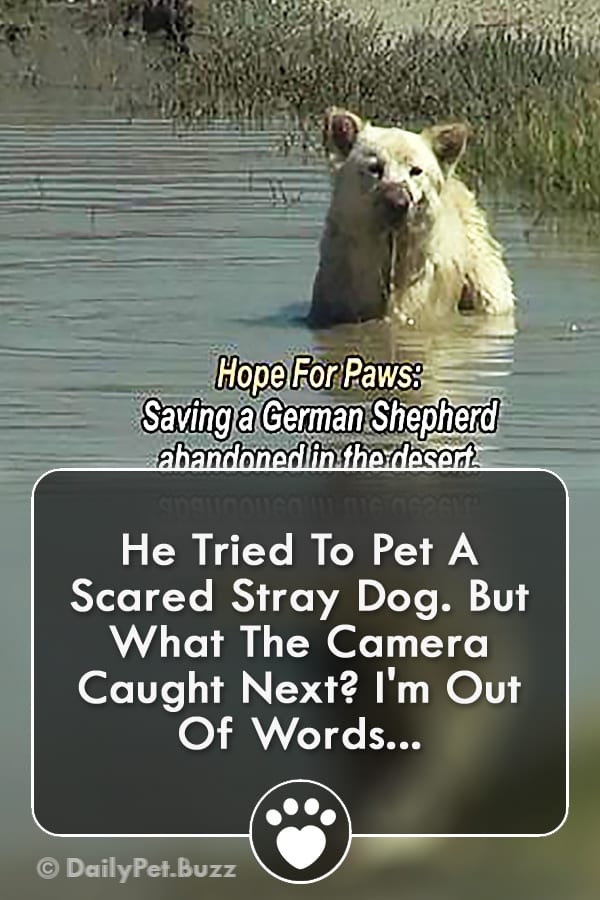