The idea of ‘an eye for an eye’ is one interpretation of justice that seems to have been lost in modern sentencing. In many areas, and especially animal abuse cases, the punishment doesn’t really fit the crime. One judge in Ohio has taken a more creative approach when it comes to crime.

Judge Michael A. Cicconetti had Alyssa Morrow’s case come across his dockett last September. Morrow was accused of neglect after leaving her dog Moose home, alone, in a filthy house, for a week.

While he could have put her behind bars, Judge Cicconetti chose what he thought was a more appropriate, memorable punishment.

Here’s a transcript from the sentencing, via AudioBurst:”You know I can’t interpret the feelings of a dog, but boy if dogs could tell you how they felt…” said Judge Cicconetti.”Abandoned?” said Morrow.”Oh yeah, and scared and frightened and sick,” the judge continued. “Maybe you should get a little taste of that, but I’m going to let you have a choice here, and the choice is I want you to live like Moose, and in order to do that I want you to go down to the county dump, to the landfill, and I want them to find the stinkiest smelliest god-awful odor place they can find in that dump and I want you to sit there for 8 hours tomorrow, to think what you did to that dog while you smell the odor.”

Check out a compilation of Judge Cicconetti’s creative sentencings below! What did you think? Leave us a comment, we’d love to hear from you! 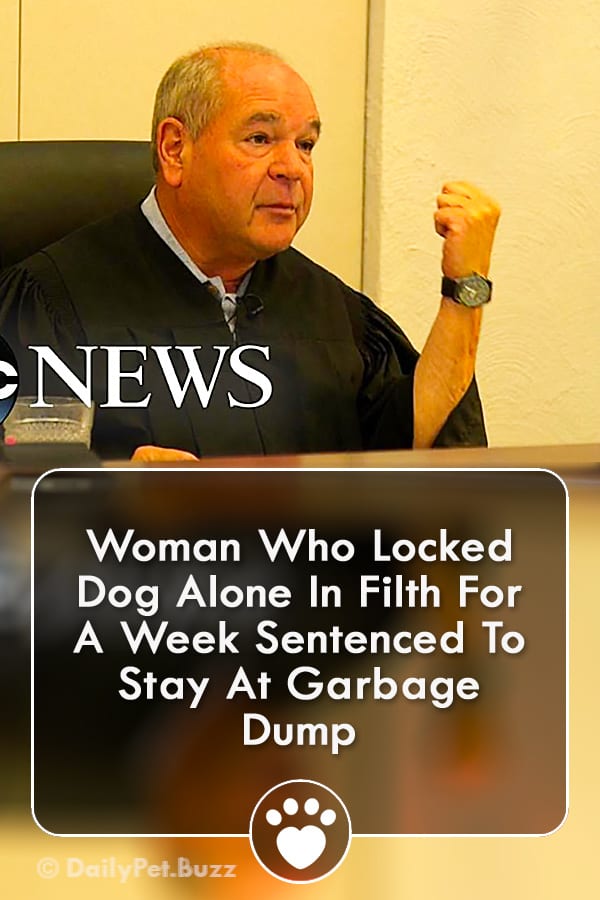