The mean streets are no place for animals in need but that’s where far too many find themselves. Fortunately there are groups out there who are trying to help. One of them is Hope For Paws, a Los Angeles-based animal rescue organization that was founded in 2008 by Eldad Hagar and his wife Audrey. In its early years, Hope For Paws operated largely under-the-radar but they’ve won a lot of attention (and praise) since they started posting rescue videos on the internet.

Hope For Paws got a call from a concerned resident, Vanessa Rosales, about a dog who seemed frightened and ran away whenever anyone approached her, fleeing to a fenced-in property. As it turned out, the property’s previous owner had sold it and left the dog behind. Construction workers allowed Eldad and volunteer Lisa Chiarelli in so they could attempt to rescue the dog.

The rescuers spotted a tipped-over trash barrel that was serving as the dog’s den. The dog was in there and to Eldad and Lisa’s surprise, she had one puppy with her, as well. Dogs seldom have only one puppy, so they asked the construction workers what they knew. There were originally six puppies, but local kids had made off with five of them. However, they had no idea where these kids could be found.

Zoe and her puppy Meadow, as they were named by Lisa, were anxious and reticent at first, despite the offer of tasty bribes. Eldad did manage to get the famous “Lucky Leash” on Zoe without much fuss. The rescuers spent a good half-hour calming the dogs down (especially Zoe) and earning their trust. At that point, they were able to carry the dogs off to the car and take them to the animal hospital for a check-up before finding a foster home for them.

Check out the video posted below and let us know what you think of the work Hope For Paws is doing in the comments at Facebook. Be sure to like and share! 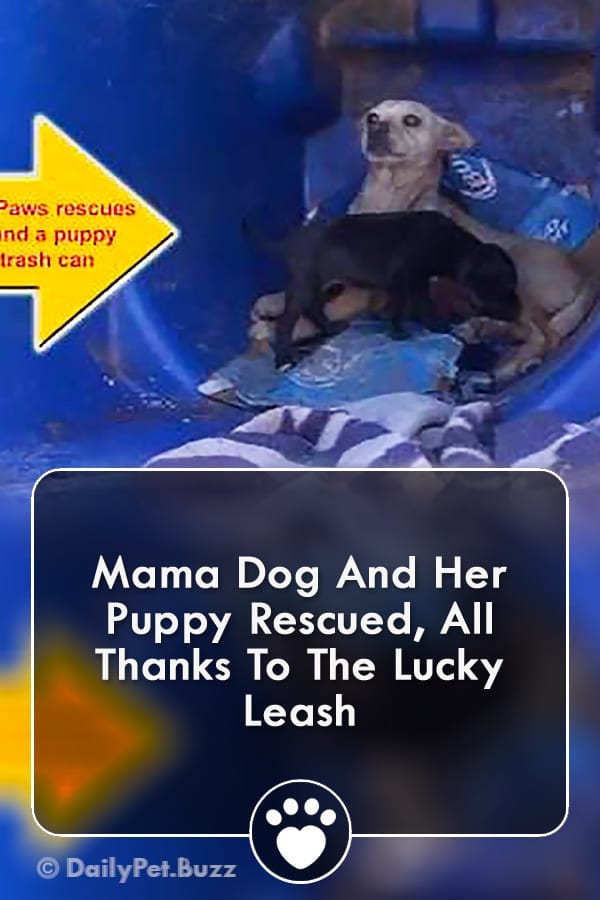