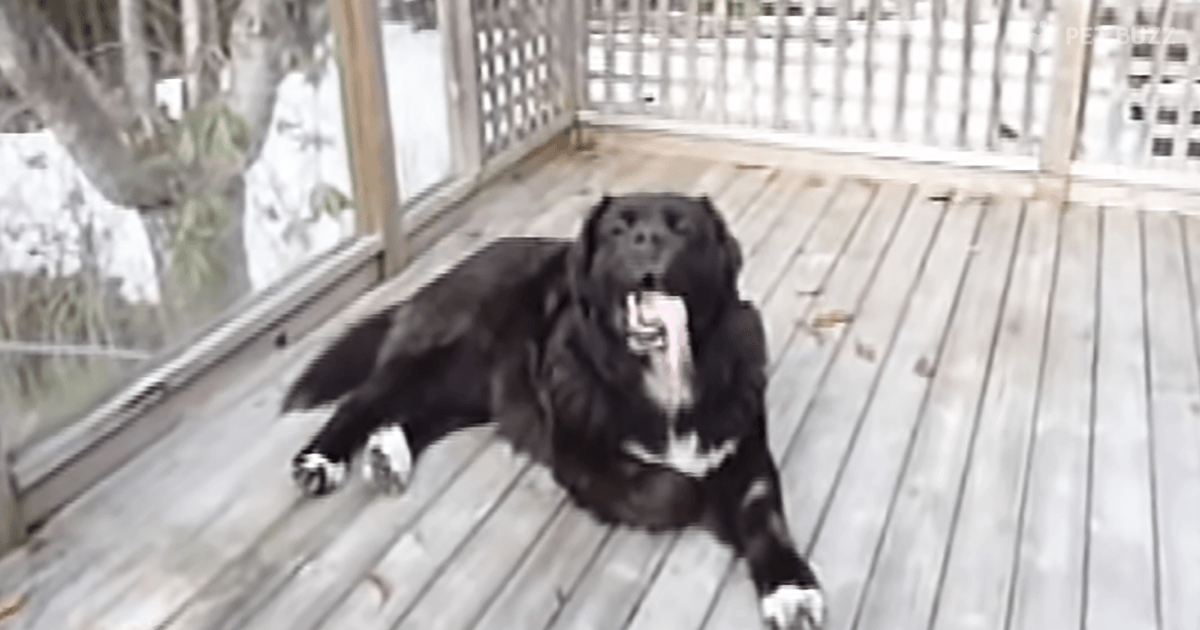 If you have a dog, you probably love having them curled up next to you, especially when the weather is chilly. It’s hard to imagine not wanting this and not automatically treating a pet with love and compassion. Sadly, there are some really bad dog owners out there. For an unfortunate one named Diesel, this meant spending four years chained outside in all weather.

And that weather could be brutal. Diesel lived in the Yukon, in northern Canada, next to Alaska. That’s one place where winter is still winter. But even in freezing conditions, Diesel was left outside without shelter or warmth. Worse, he was not only beaten by his owner but was injured by other animals: fights with other dogs and being kicked by a horse. Eventually, Diesel’s cruel owner was threatening to shoot the helpless dog.

Fortunately, the Animal Advocates Society found out about Diesel’s plight and organized a rescue. Once his physical wounds were taken care of, he needed a lot of training and simple tender loving care so that he would trust people again and be ready for adoption. Before long, Diesel was transformed into a happy and friendly dog, a total teddy bear.

Animal Advocates describes the hellish lives dogs in Diesel’s former predicament face: “Of all the many thousands of dogs suffering on chains and in pens, none break our hearts more than the ones that are also freezing, sometimes to death, in sub-zero weather. Howling wind storms make them literally crazy with fear. We’ve had hundreds of reports from neighbors of these dogs describing their piteous crying and mad chewing at their chains or the sides of their pens, in futile attempts to escape into the arms of their ‘families’; the very people who put them on the chains and who sleep soundly through their dogs’ begging pleas for help.” 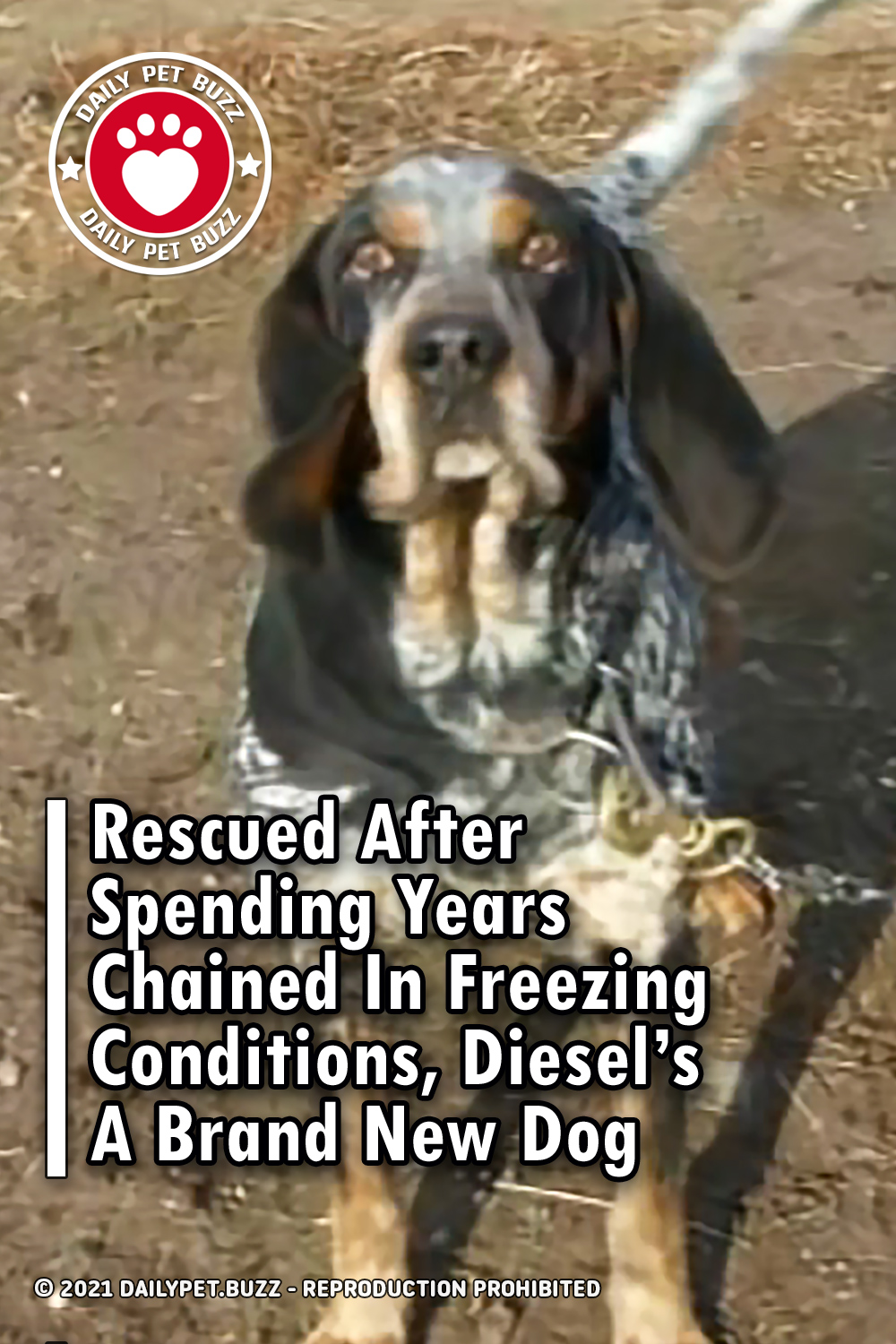