Many people are under the impression that animals don’t experience emotion the way we do, but this is totally false. Animals’ inability to communicate the way humans do doesn’t make them incapable of having feelings. If you pay attention, you can pick up on animals’ expressions and emotions. Plenty of animals take part in some surprising behaviors in certain situations. Mrs. Kitty is a prime example. After losing her own babies, her need to nurture a litter was so intense that she ended up taking over a litter of puppies who were rejected by their biological mom. They had nobody else, but Mrs. Kitty was ready to take on the parenting role.

Mrs. Kitty didn’t let her experience with loss stop her from taking care of babies in need. She carried each puppy into her nest one at a time, all by herself. As you can imagine, her owners were totally surprised! After all, who would expect to find a cat taking care of a bunch of puppies? It’s a common assumption that dogs and cats are enemies, so this was a shocking find for more than one reason.

It’s actually not too odd for animals to nurture other animals, even those from other species, when they’re feeling maternal. The hormones that arise after giving birth can take over and stick around for some time, and this allows animals to take care of almost anyone! Whether it’s a story about cats taking care of puppies or dogs watching over piglets, there’s logic behind these seemingly strange situations. It becomes instinct for these mother figures to take care of other animals in need.

Love and maternal instincts are incredibly strong. It’s amazing what animals will do for one another! Be sure to watch the video to learn more about this amazing story. Then, leave your thoughts in the comments and share the clip with your friends! 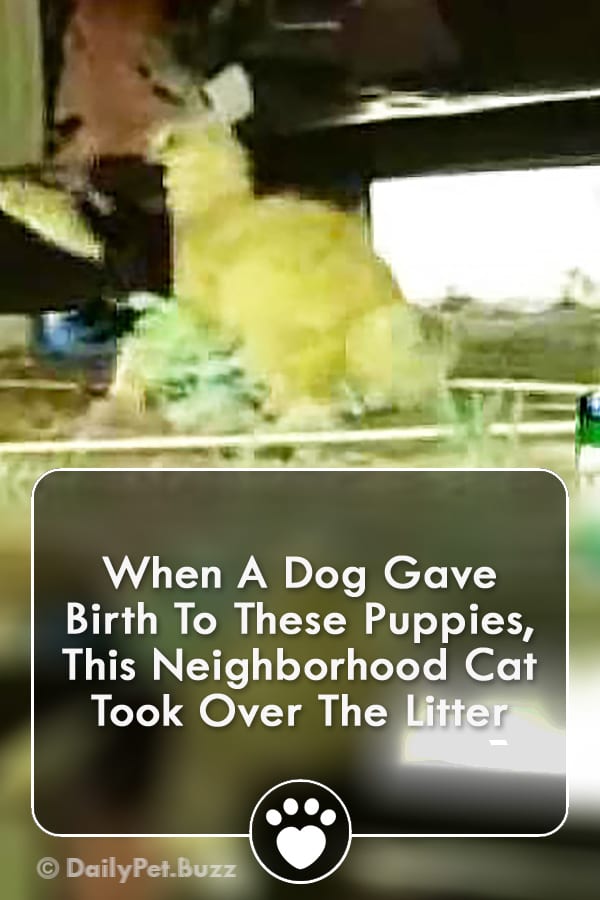