The two probation officers who approached the house got a whole lot more than they bargained for. The probationer they were seeking was with two other men and they all fled when they saw the officers approaching. Soon, a gunfight broke out and more officers were summoned for backup. One of them was R. J. Young, a K9 officer at the Anaheim police department. With him, as always, was his partner Bruno, a seven year-old German Shepherd with six years on the force. Young let Bruno off his leash so he could look for the suspect. The dog found him concealed in a trash can and used his nose to push the lid off.

The desperado inside pointed his gun through the gap and opened fire. Officer Young later recalled, “Point blank. It was a horrific thing to have to watch. My entire world came crumbling down in a matter of a second.” Bruno was bleeding profusely and yet hardly whimpered when he returned to Young’s side. Police blocked traffic to clear the way so that the critically injured dog could be rushed to the animal hospital. “Saving his life was a team effort, for sure.”

One bullet had shattered Bruno’s jaw and then continued, lodging just one inch from the dog’s heart. A second bullet damaged several internal organs. Officer Young was devastated. “The bond is unexplainable. Seeing him this way it is, it kills me.” The officer’s wife Rachel explained, “I know a lot of people may not understand. They may say, ‘It’s just a dog.’ But this dog went with him everywhere. The dog spends more time with him than I spend with him.”

Despite his canine partner’s terrible injuries, Officer Young remained optimistic. “I know my dog. I know my partner. I know this isn’t going to get the best of him.” Bruno’s days on the police force were over, but once he had recovered enough, he was adopted by his erstwhile partner and welcomed into the Young family home. 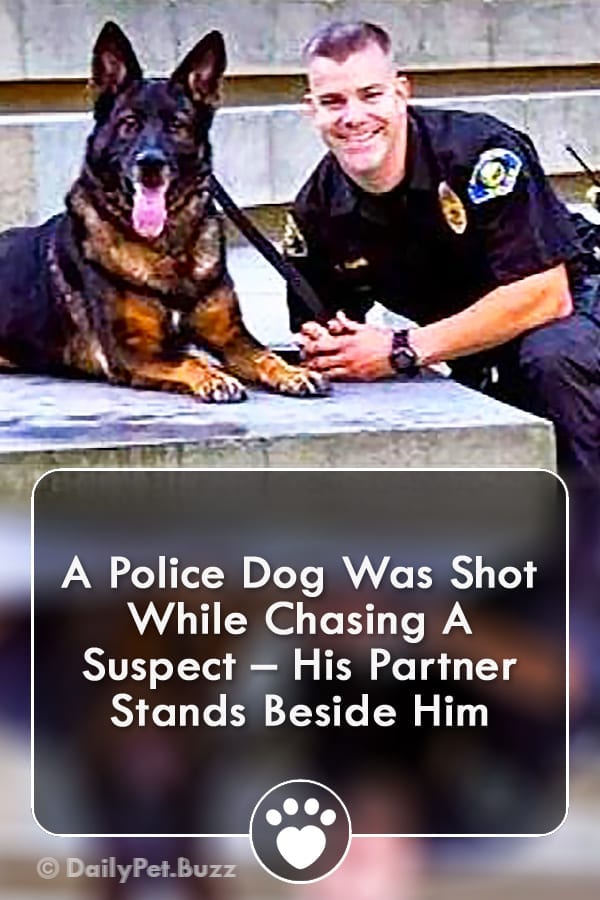