The video above was recorded back in 2011, at the Nuit Du Cheval performance of that year, and it’s received thousands and thousands of views since it was first posted back then. In it, we can see a presentation featuring the most beautiful and talented horses you will ever see. Nuit Du Cheval is French for ‘Night Of Horses’ , and it’s an annual celebration that includes the best performances featuring our equine friends.

The following video is a recording of Mario Luraschi’s performance at the event of that year, and it’s honestly breathtaking. Mario and his horse companion go inside the arena, and he mysteriously carries an umbrella with him. You’ll never expect what they do with it when the music starts playing.

Mario and his horse’s performance includes the smash musical hit ‘singing In The Rain’ , but this time, the dance is done in horse style. Their incredible dancing performance will draw a smile on your face in an instant, and it will definitely win your heart over. The song is a classic that was originally released way back in 1929, but it still stands as one of the most emblematic and enjoyable American tunes ever released.

Watch this heartrending performance in the video we put below. If you love horse videos like this one, share it with your animal lover friends on Pinterest for all to see! 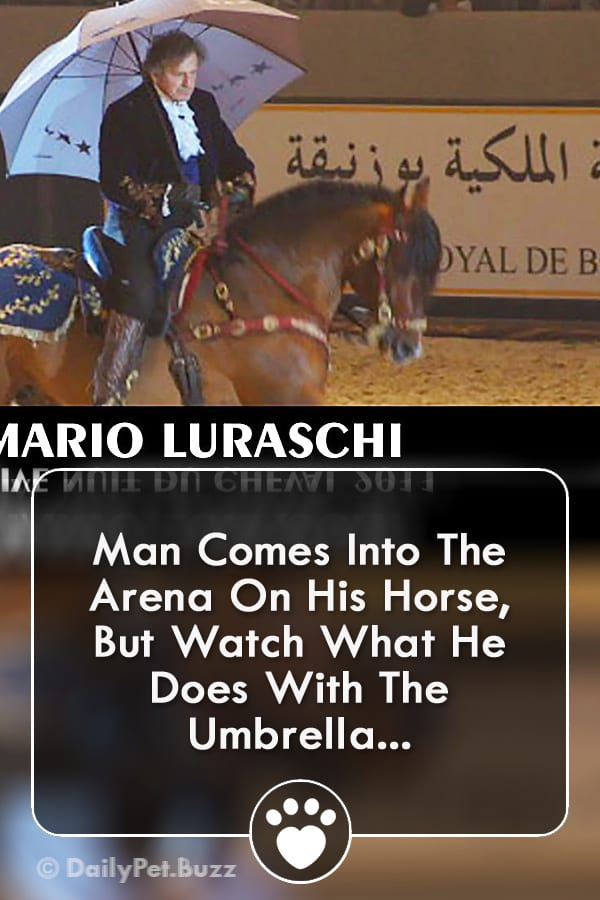