Animal cruelty cases have been making headlines lately. The lengths that some people will go through to inflict harm to a defenseless animal have been shocking. From beating animals to their death to other cases where they are left without any food for days. It is difficult to make sense why any of those people would want to adopt an animal in the first case. Fortunately, there are good people in the world who are always willing to make a positive difference.

One of those people is Melissa Janelle Torrez. She does not like to see animals being put to suffering. When she sees that she always makes sure she does something about it. One day, she is outside her home when she notices her neighbor acting in a very cruel way. He was committing an atrocious act of animal cruelty. She goes up to him and takes out her cell phone and starts recording.

Her neighbor, Mario is dragging his poor dog behind him. He is driving his motorized scooter. She can’t stop him directly then and there. Melissa begins videotaping the abuse by the 59-year-old man. Shockingly, that doesn’t seem to stop him. He continues to do what he is doing. ‘Don’t worry,’ Melissa says to Mario, she makes no secret of the fact that she is filming the incident. ‘Don’t worry,’ she tells him again. ‘I’ll call the cops on you.’ She continues to film as he keeps dragging the poor animal with his scooter.

What would lead a man to commit those such acts of cruelty? There are some people that believe that it is because of some sort of traumatic experience they suffered earlier on in their lives. People in this condition are urged to seek professional attention before they can cause any harm to anyone around them.

The professional help can come in the form of consultations where the clinician addresses the problem. It is recommended that the patient attends all his appointments as some of them will stop going as soon as they feel that it’s helping them.

‘Call them, it’s my dog!’ Mario says. He doesn’t care what anyone says. He continues to drag the poor German shepherd behind him in his scooter. It is almost as if he is taking it as a challenge. She is happy to accept, though. The woman calls the police and they arrive at the scene to investigate. Police rescue the dog and the owner, Mario faces charges of animal cruelty. 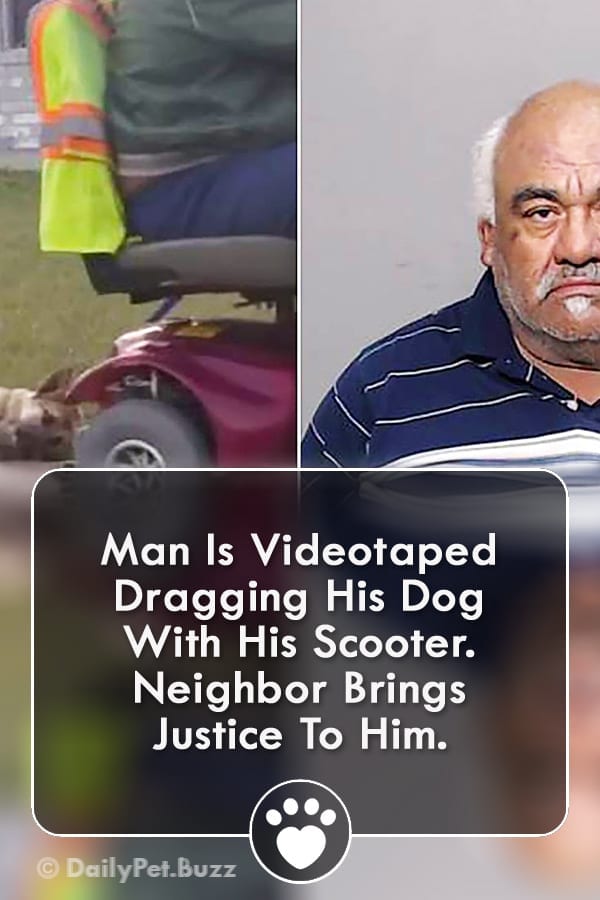