While fighting overseas in Fallujah, something quite unexpected happened to Lt. Col. Jay Kopelman. He fell in love with a puppy. Lava was a five-month-old mixed breed who walked the streets hungry and alone until the day he met his soldier and his savior.

When Kopelman was just months away from returning home to the US, he’d already formed a strong connection with the dog. And even though regulations clearly stated that soldiers could not keep pets, this soldier simply could not leave Lava behind. Thus began a secret mission to get Lava back into the states safely, where he’d be reunited with Kopelman for good. Being a Lt. Colonel, he was just the man to organize a covert puppy operation. I hope his boss doesn’t see this clip.

With the help of his fellow marines, reporters, and Iraqi civilians, Kopelman began to cook up plans and ideas for Lava’s exit, but most were unfeasible, and way too risky. In the meantime, he had to stow Lava away in hiding without his General knowing a thing! That’s when a dog trainer for the military entered the picture and changed Kopelman and Lava’s lives forever. This dog trainer knew a thing or two about keeping dogs and their beloved humans together, and he helped Kopelman and Lava’s dreams comes true.

Would this marine and his four-legged companion be reunited back in the states? Watch the video above to find out! 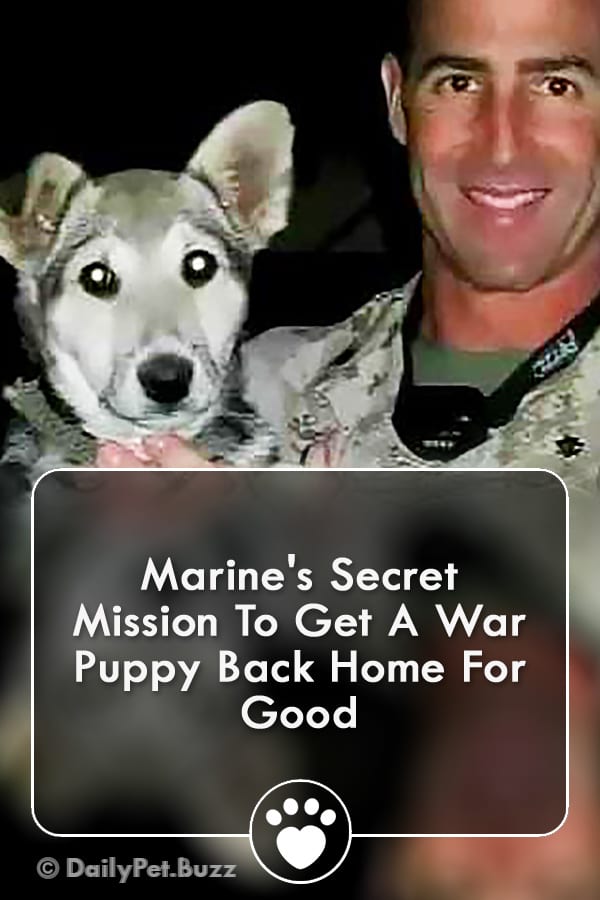