It’s a shallow world out there sometimes. People judge by what they see on the exterior and not what’s inside. Is this the rant of someone who was rejected for a date? No. I’m talking about dogs and how sometimes how people who accept or reject them at a shelter can literally lead to a life-or-death situation. The dog in this video was literally saved from dying due to the kindness of someone else – but should it even had to happen?

Charlie was found on the streets of Los Angeles and was taken to a high-kill shelter. He was a mess, his hair tangled up in burrs. It was painful to even LOOK at. His chances of adoption were low. Unfortunately, it looked like the needle loomed for him. Enter some angels from Hollywood Grooming. We see them take him into their mobile grooming van. Out comes some electric clippers and, in a time-lapse video, we see loads of hair come off.

We see more than that – we see an incredibly cute dog emerging from under this mass of hair. He’s washed, dried, and then groomed even more. The finishing touch is a bandana around his neck. Charlie’s ADORABLE now. To drive that point home, he was adopted a couple of days later, avoiding death and winding up in a forever home. It’s a shame that it took his being cleaned up like that, though. Had that not happened, Charlie’s likely a statistic.

It’s easy to talk about judging a book by its cover, etc. If it hadn’t been for the kindness of Hollywood Grooming, I wouldn’t even be writing about this. I know that we can’t save the world – it’s extremely naÃ¯ve to even think that, but it would be nice if people could have looked past Charlie’s burrs, if they saw his friendly demeanor and kind eyes, they might have adopted him. How many people will take the time to find the cute dog under a mess?

Wasn’t the transformation amazing? I couldn’t believe it ” I thought he was one breed of dog in the beginning and he turned into another! What did you think of it? Be sure to leave a comment below! 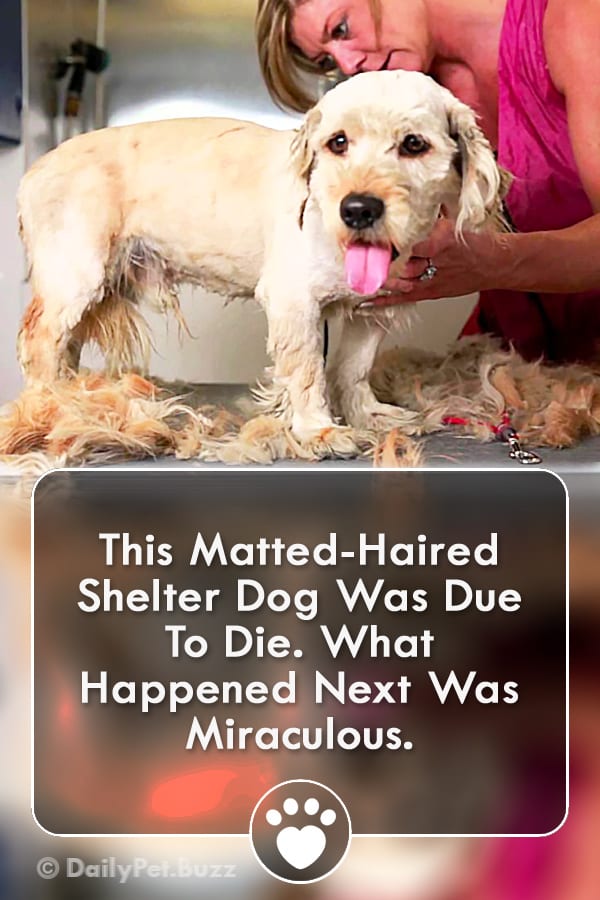