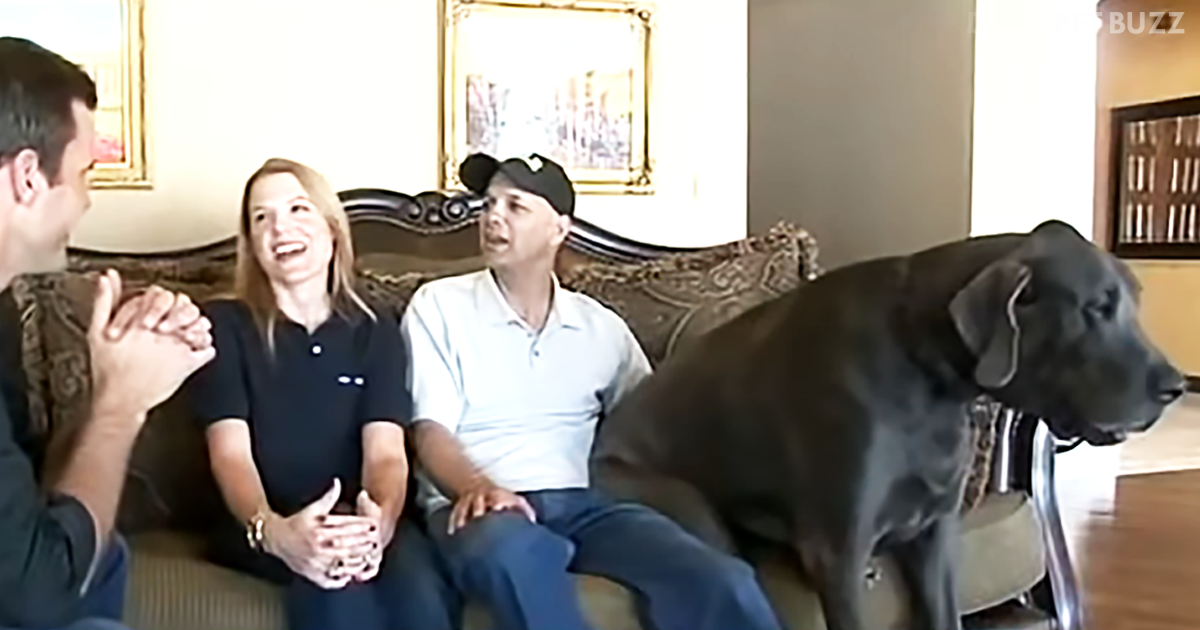 Great Danes are famously big dogs. They were originally used for hunting larger game like boar, deer, and even bears. They’ve also served as guard dogs, sleeping at the foot of royal beds. Today, Great Danes are wonderful, if extremely large, pets.

George is a giant even among Great Danes. He’s twice as tall a golden retriever and weighs as much as four German shepherds. He started out small: incredibly, George was the runt of the litter. When people see him, they’re taken aback, sometimes cracking jokes like, “Is that thing a horse?” and “Where’s your saddle?”

This gigantic dog scarfs down 110 pounds of food a month. But if ever there was a gentle giant, it’s George. He’s a super-sweet, friendly fellow and great to hang out with on the couch. He loves a good frolic with other dogs at the park and likes nothing better than a ride in a golf cart.

George, the giant Great Dane, has become something of a celebrity. Professional photographers can’t get enough of him. There’s even a book about him, “Giant George: Life With the World’s Biggest Dog.” He’s appeared on Oprah and has millions of YouTube Hits.

A segment about him on Good Morning America gave George a very apt introduction: “When you meet this dog, I’m telling you, you aren’t sure if he’s actually a dog or if he’s a horse or part giraffe. I mean, he’s so intimidating people usually cross to the other side of the street when they see him out for a walk. But in reality, he’s a total gentleman. In fact, I think I made a new buddy.”

We’ve posted the video below of gigantic George’s appearance on Good Morning America. This gentle giant is sure to capture your heart, if not your awe. I’m still astounded that he was the runt of the litter, myself. Don’t miss sweet George in the video below. 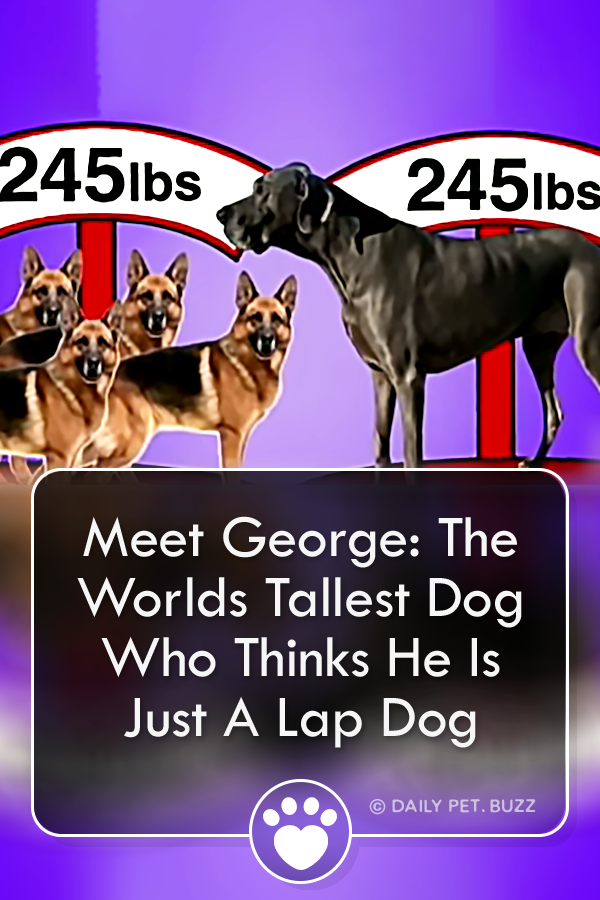