Animals can control traffic. There was a video that showed a guy sitting in a cab and then all of a sudden, a tsunami of ducks waddled by the car. It was insane to watch – it was like a literal river of quacking ducks flowing by the car. If I had been there, I would have been checking to make sure that someone hadn’t spiked my drink. Deer and other species have wreaked havoc on the road, with some unfortunate fatalities along the way. Then there’s this video which shows something I have never seen the likes of before.

There’s an elephant in the middle of the road. No, not a stuffed one – a real one and she’s determined to clear the area of people. We see one guy in the vicinity hop on a bike and then likes something out of a cartoon, he pedals like mad. If this were a cartoon, he wouldn’t’ stop until he was burrowed under the ground. There’s also a police presence in the background that’s blocking off the other side of the road.

Satisfied that the area is clear, the pachyderm seems to signal to the side of the road ” and then a whole herd of elephants make their way to the other side. It’s like a new joke: ‘Why did the elephant family cross the road? Because they darn well WANTED TO.’ OK, that one might need some more work. I don’t think it’s ready for prime time at the comedy clubs. In fact, I think that if I told it, I might have one of the minimum two drinks thrown at me.

This is a new one. I’ve seen signs warning that there are deer that are prone to crossing that area. This is to hopefully prevent one of them winding up in your back seat, where they might do some serious damage if they start panicking and kicking. There are also Duck Crossing signs and of course, School Crossing signs. I think that there needs to be Elephant Crossing signs in this area. Otherwise there might be angry pachyderms charging cars.

What would you do if you saw an elephant cross the road? Besides rub your eyes in disbelief? Let us know in the comments section. Also, please ‘Like’ us on Pinterest. 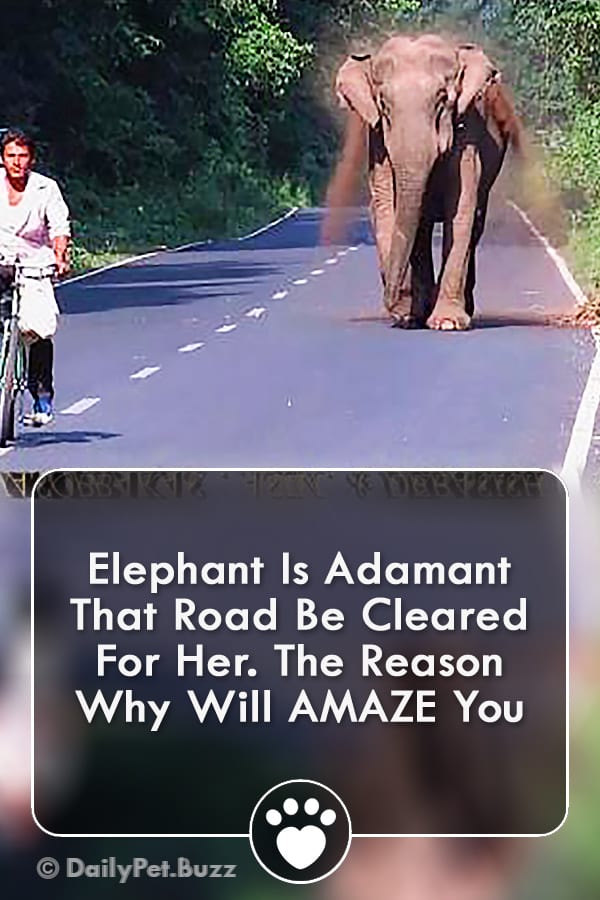