There are fewer things that I hate in this world more than puppy mills. They are cruel to the dogs that give birth to these puppies and they live in filthy conditions. If I could have my way, I would shut every single one of them down. It’s a good thing that there are places like the National Mill Dog Rescue out there to take them from those situations. Here’s the story of one dog who was in a mill.

We see Harleigh, a Chihuahua who was in a cramped cage at a puppy mill for three years before she was rescued. That’s a long time to live in those horrible conditions and she’s understandably afraid of human touch, since nothing good came of it before. There’s a volunteer in her much larger cage at the shelter, and he just sits and holds her for a while so she gets comfortable with him.

In an attempt to get her used to other dogs, she met a male Chihuahua named Harley. Yeah, I see the problem if one of them is called. ‘Harley! No – not you, Harleigh – Harley! Sigh – ‘ The volunteer sat with her for a long time, and he ever got her to sit next to him for an extended period. It was a sight to see – she was half-sitting, half-standing and one could see her thinking, ‘Wait.. he’s not hitting me. He’s not hitting me – .’ It’s sad that she even has to think that way.

The video doesn’t end in a neat, bow-tied package of assured happiness. Harleigh was mistreated for a long time and her trust issues weren’t going to be solved in an hour. There was a resolution, though. About a month later, presumably after the volunteer spent a lot more time with her, she was taken to a forever home. Her name was changed to Mindy, and she has a sister Chihuahua named Missy ” though I was disappointed that it wasn’t a male named Mork –

I was glad to see the progress in the video and learn of Harleigh/Mindy’s new home. Have you had a dog that was taken from a puppy mill? What was it like? We’d love to hear your stories in the comments section. Also, please ‘Like’ us on Pinterest. 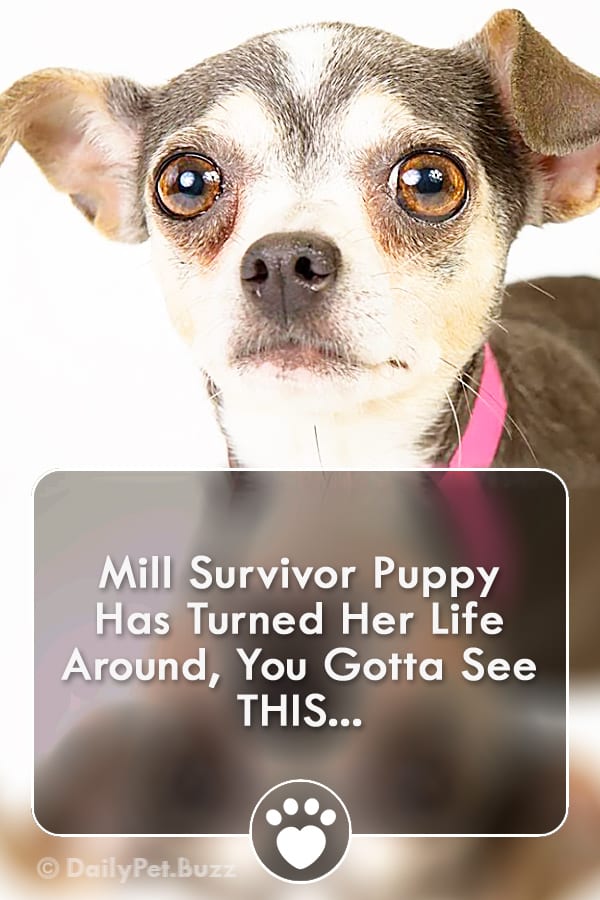