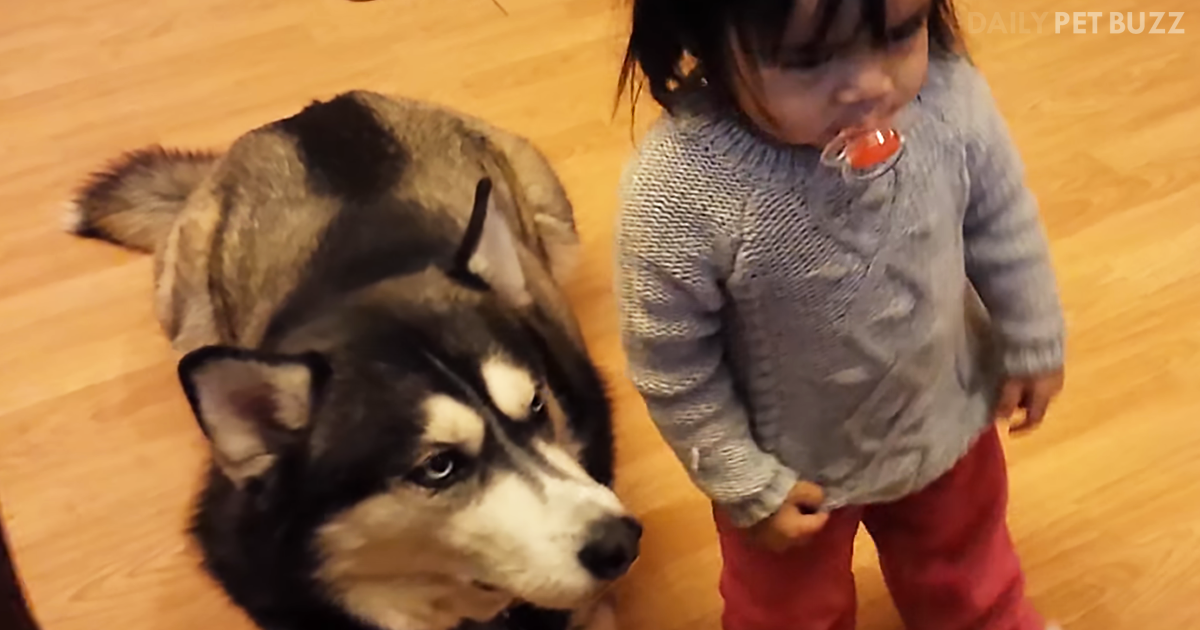 One of the sweetest scenes ever is seeing a young child and a dog together. There’s a shared innocence between a baby and a pooch. Sometimes though, the baby doesn’t understand boundaries and what might hurt a dog. Fortunately, the vast majority of dogs just tend to view these babies as giant, hairless, pink puppies.

This video demonstrates what a dog will tolerate from a well-meaning if rambunctious tyke. We see a young girl named Madison. She looks about a year old or so. There’s a pacifier in her mouth, and she’s got company – a large husky, who is unnamed. The two are good friends since he tolerates a lot of things that other dogs might not have.

This is one well-trained and disciplined dog. He even licks Madison’s face at one point in the video. Daddy is sitting nearby and watching the whole thing. Madison is determined to give this pooch a hug and a kiss. Though her fingers come perilously close to jabbing the dog’s eyes, he never flinches or snaps, just gracefully moving his head to the side to avoid being blinded for the rest of his life.

Madison is such a love-filled sweetie, and her dad wants her to share it with the husky. Eventually, as children are wont to do, she gets bored and starts ambling off with her bottle. This video was shot in 2014, so Madison is now older and presumably gets shown this about 100 times a day. I hope that the dog is still around to show her love and tolerance.

There were comments there that said that the dog shouldn’t have been trusted with Madison, but the dad, who shot the video, correctly said that he was there at all times, and the dog was showing no signs of stress or anger. It’s those who leave their kids alone with animals that we should worry about – Wasn’t this husky such a good sport? Check out these cuties in the video below. 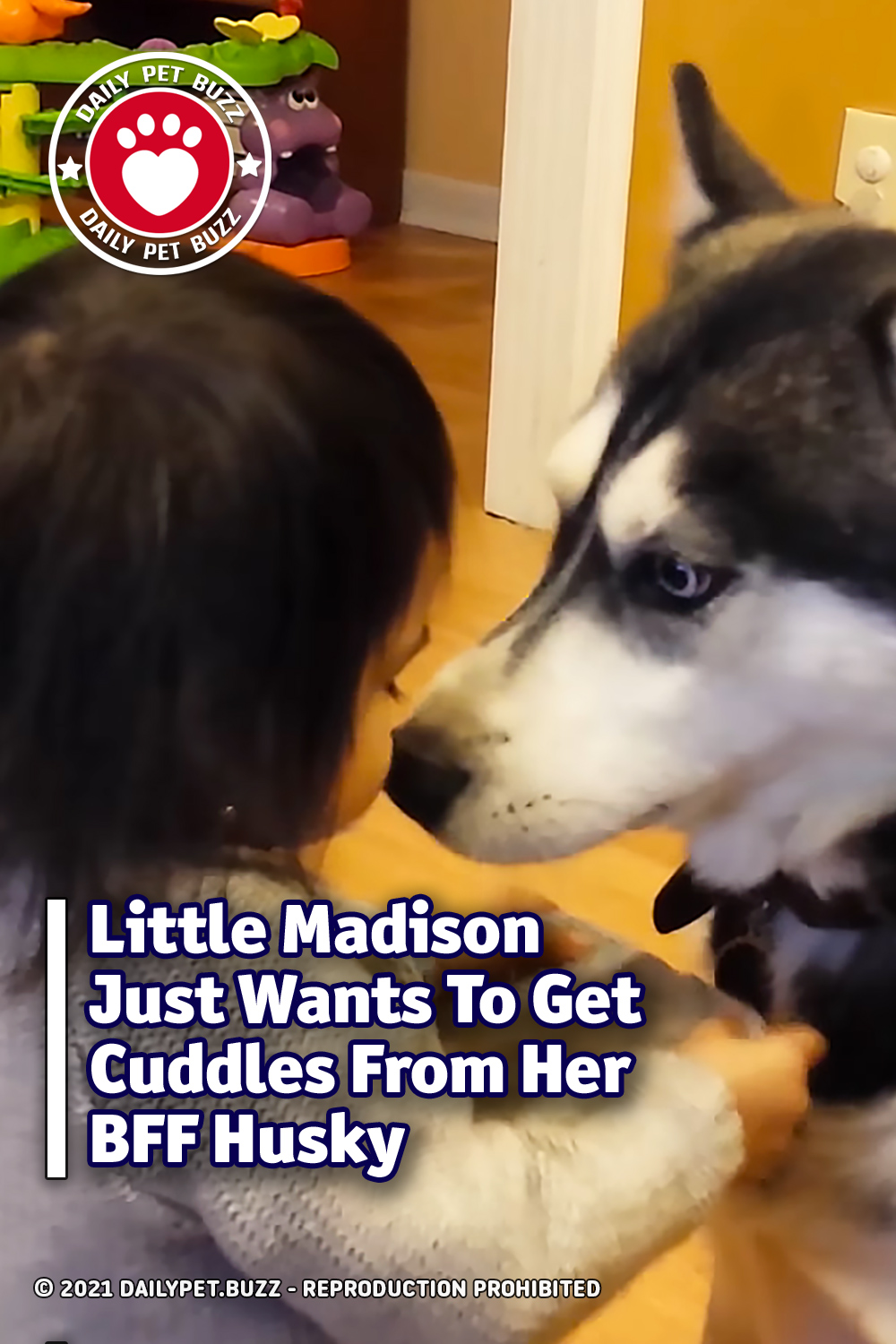