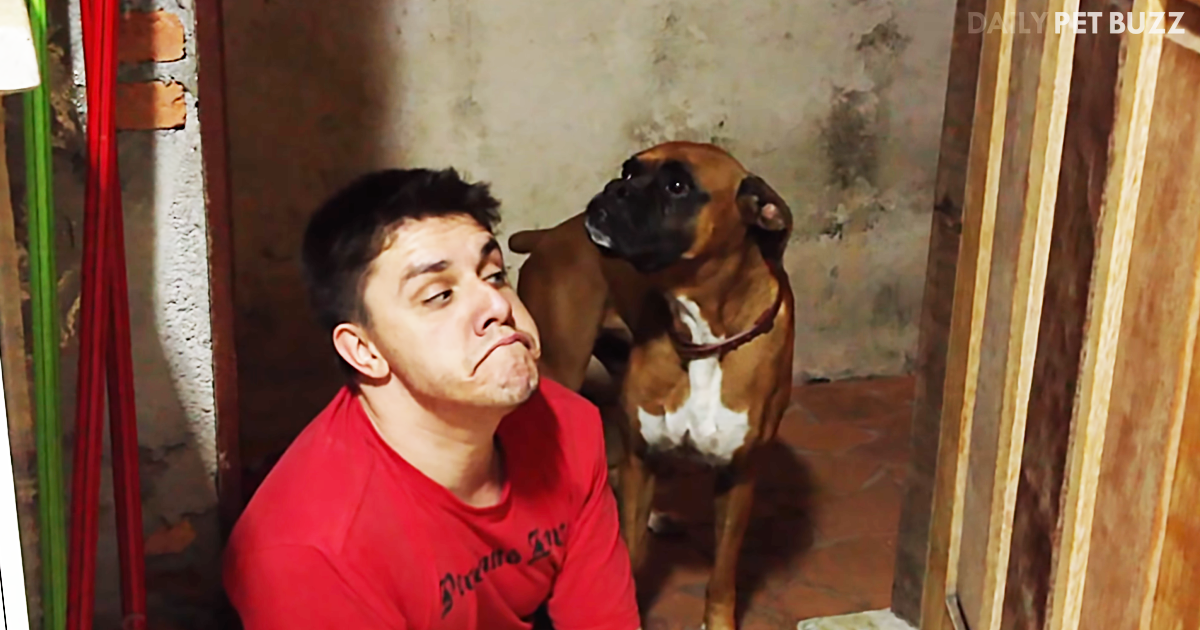 People and their pets love to play all sorts of games. What dog owner hasn’t played fetch with their canine friend? But some pet parents and their four-legged kiddos managed to invent highly unique games.

Another funny human-pet phenomenon is the way dogs and their owners so often look alike. Sometimes they really do physically resemble each other — this has long been fodder for cartoonists. In other cases, the resemblance is more subtle; it’s about attitude, personality, or mannerisms. In the video we’ve posted below, you’ll see both: pet-dad resemblance and the invention of a unique game.

One fine day, Oscar Filho was horsing around with his dog Mel, and it was captured on video. Mel is a handsome and thoroughly adorable Boxer. He’s friendly, rambunctious, fun-loving, playful, and an irrepressible bundle of energy. A typical Boxer, in other words.

Our video starts with Oscar down on the floor on all fours imitating Mel’s hilarious facial expressions as the two of them beg for food. Mel seems to have mixed feelings about the game. Sometimes he plays along, but more often, he throws a fit and head-butts Oscar.

Dad is having a great time and keeps on imitating his slightly confused Boxer. Just when it seems that things have calmed down, they’re both acting in unison, begging, whining, and barking for a tasty dog biscuit.

It has to be said that Oscar’s bark is highly impressive. There’s no telling how long it took him to perfect it — perhaps some things are best left unknown! As a reward for putting up with his human dad’s crazy antics, Mel does indeed get a dog biscuit. Naturally, Oscar pretends — we can only hope he’s pretending — to be sorely disappointed that he didn’t get the biscuit. You are going to get a kick out of this doggie dad’s goofy but endearing game. 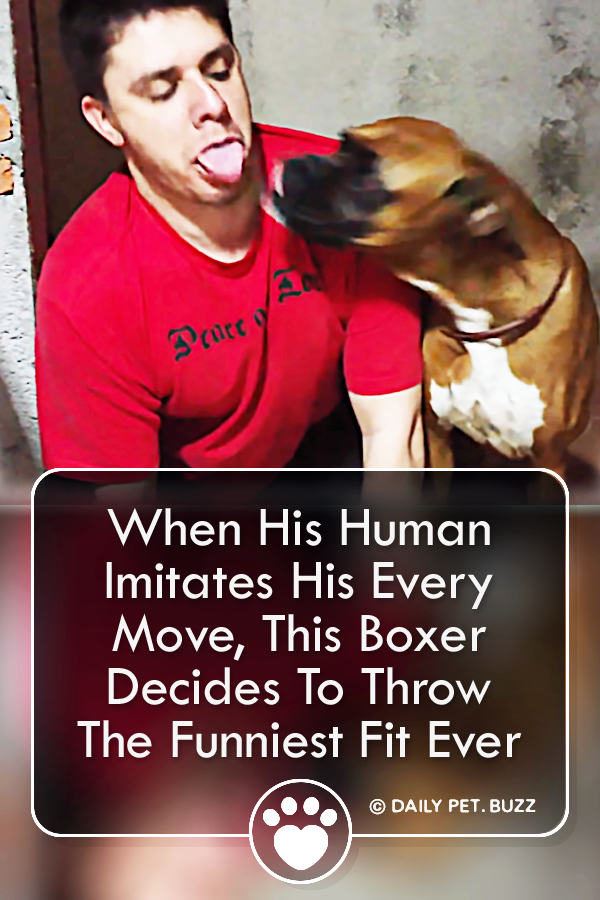