Feeding pets is hard enough. You buy the food, ration it out and then you find that somehow, more food is being removed from the storage containers that you bought. Is one of the dogs clever enough to climb into the box to get more food? You want answers, because dog food does NOT grow on trees, even though your pooches see to think so.

One dog mommy had that dilemma. Her solution? She bought a hidden camera and set it up in the storage room for where they kept the dog food. Then she watched and when she found out what happened, she must have laughed. It was her toddler son who was opening up the box, climbing in and then dropping the food on the floor. The dogs then snarfed it all up. The mystery was solved.

This is not to say that this is a bad kid at all. In fact, it shows that he has a good heart. He doesn’t want his dogs to miss out on any food. So – . He gives it to them. The mother probably had to invest in some kind of combination lock for the storage boxes. The dogs were likely bummed out, because – hey, extra food is extra food. That gravy train is over now, guys. Or gals. I couldn’t tell if any of the dogs were female.

The whole thing winds up being a good learning experience for that kid. He just has to know when to help the dogs and when to let Mommy handle what’s going on. I thought he was doing the dogs a favor ” though he did try one himself. Not appetizing. Now he has a video that he can show his own children in several decades.

I adored this video. Then again, I could see my son having done something like that when he was that kid’s age. Did you do anything like that at that age? Leave a comment! 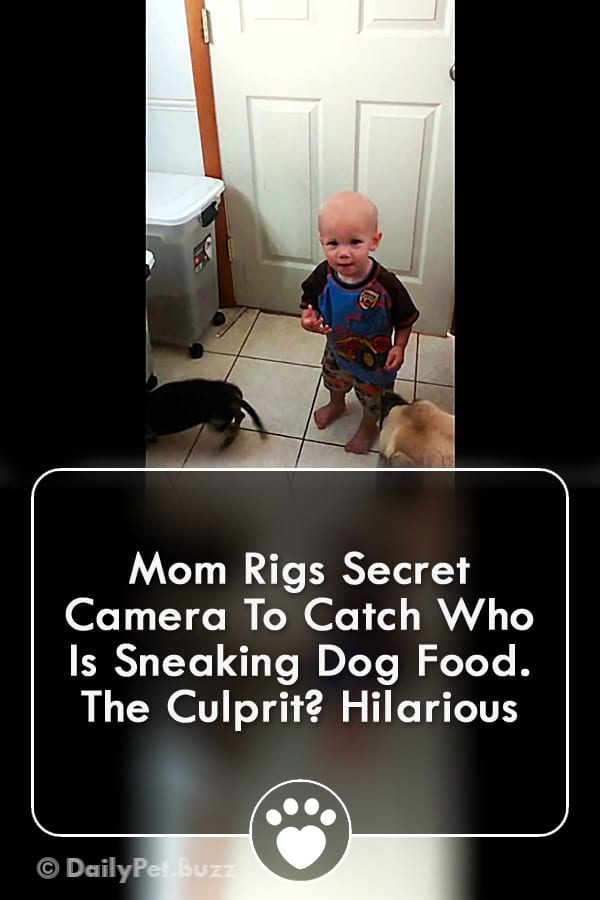