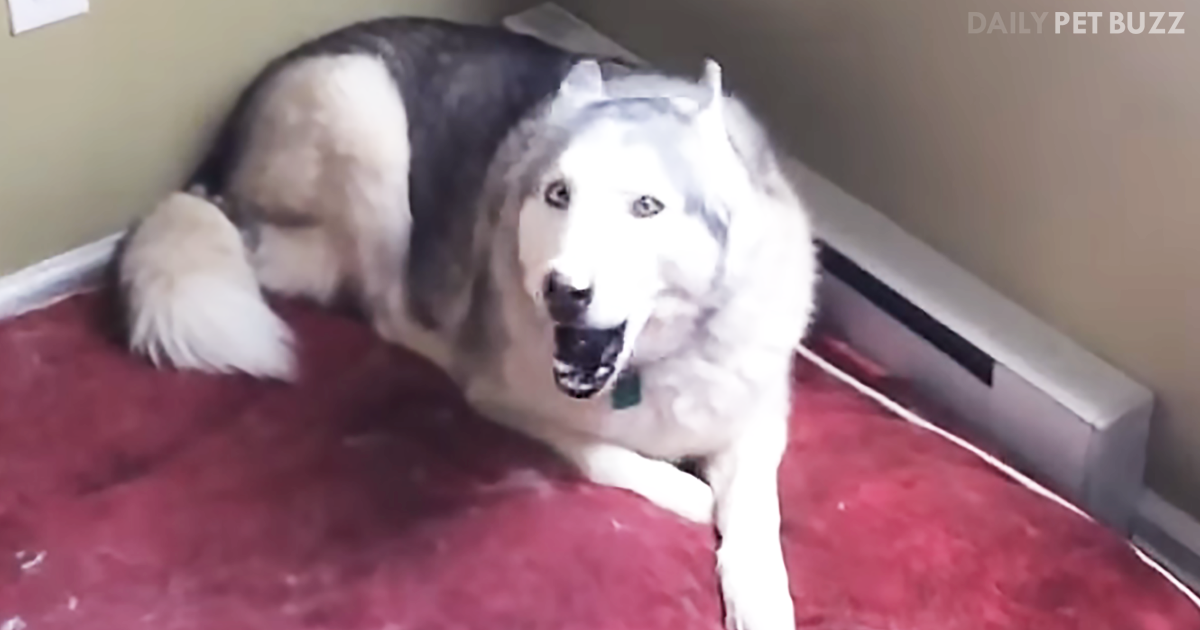 There are times that we all don’t want to go outside, even if the sky is crystal blue with nary a cloud in the sky. Perhaps we were up late bingeing the latest show on our favorite streaming service. We may just not feel up to moving further than the distance between our bed and our kitchen or living room. Others may want us to be up-and-at-’em, but we’ll protest. Not as loudly as the dog in this video, but possibly close enough.

We see a Husky named Zeus (already internet famous for his many a tantrum), who is sitting on his doggie bed while his mommy tries to get him to go out. From the very opening second, it is plainly obvious that this is not in his game plan. His first howl sounds like an air-raid siren, and it just gets louder and longer. It even sounds like he says, ‘DON’T WANNA GO’ at one point.

To hammer home his message, he plops down on the bed and continues his tantrum. Zeus reminded me of me when I was a teenager. There were some days I just wanted to stay in bed FOREVER, and I would be quite vocal towards my parents when they tried to wake me up. Even in college, there would be some weekends when I would sleep in the early afternoon. Now that I have a kid, getting to sleep until 9 or 10 is like me sleeping until two as a teenager. That’s the most sleep that I get, EVER. So, yeah, Zeus, I feel you, buddy, I really do.

What made the video even funnier was the presence of the other dog who has a leash on and seems to be trying to nudge the petulant Zeus off his doggie bed. ‘C’mon buddy – It’s a gorgeous day out! Let’s go! Let’s go!’ If it happened, it didn’t happen while this video was being filmed. Talk about a stubborn dog – it’s also apparent that he’s going to be wasting a beautiful weather day if he remains like this. 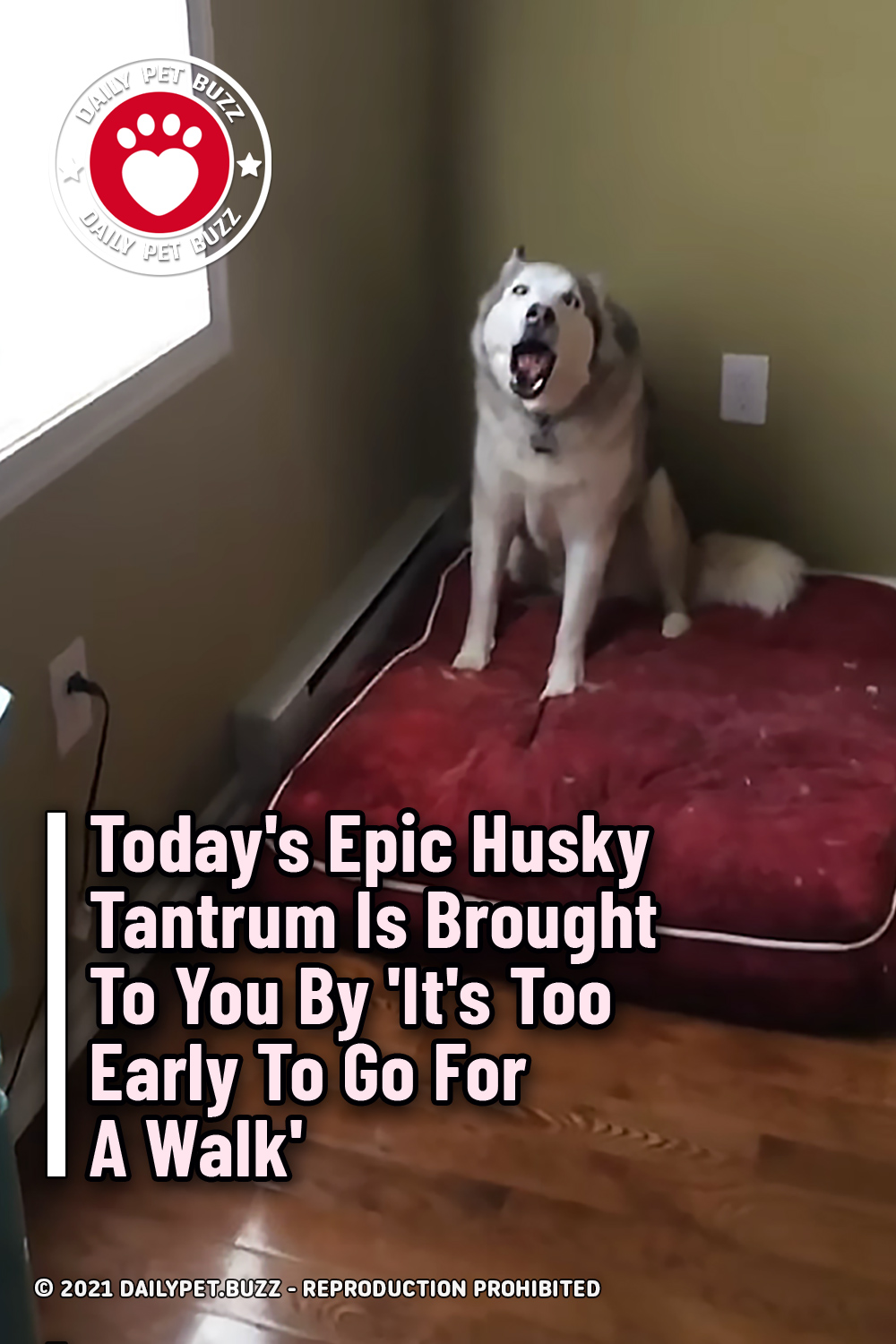