The wilderness can sometimes be a cruel place for animals. Such was this case for this grizzly bear, as he found himself alone in the forest when he was just a small bear cub. In the video presented today, we can see Casey Anderson, who rescued a grizzly bear cub in the wild about 6 years ago. He was very brave to do this, because even though mama bears are known for attacking anyone who gets close to their offspring, but he saved him anyway.

His name is Brutus, and despite what some might think, they were able to bond strongly and became very good friends. Brutus lived in Casey’s place until he became too big for the house!

This kind man really jumped through hoops just to help this bear. He took it as his personal task to help wild animals around the country, and he made the Montana Grizzly Encounter Rescue and Educational Sanctuary, just so that Brutus had a safe place to live happily and freely when he became an adult. It’s amazing that they got to meet each other, and that there’s people like Casey willing to go out of their way to help others!

You can watch the clip of Brutus and Casey featured below! And don’t forget to tell us what you think in the comments. 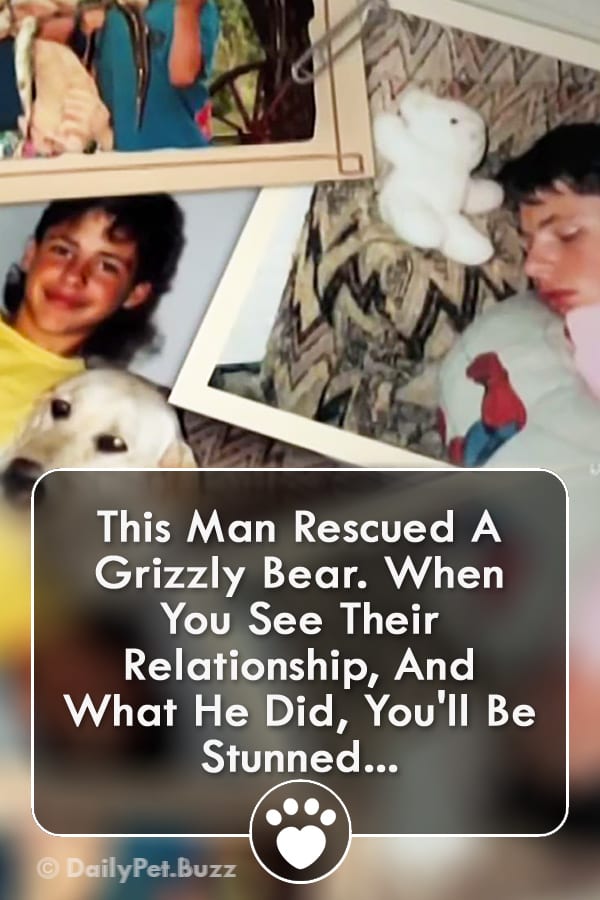