How do you react when you see something unusual in your path? It might be in your house, apartment, on the street? It’s your first time ever seeing this item. There’s a strong possibility that it’s harmless, but if you were to be too nonchalant, it might wind up devouring you whole. ‘Live another day’ might be your motto, and you could very well skirt it to leave for another person. Or you could tackle it like this bulldog pup named Rugby –

Rugby discovers his newest mortal enemy, an ice cube. It’s lying on the floor, just taunting him. This pup’s not going to take this thing’s insults! No way! He bounds towards it and tries to grasp it in his jaws. OHH! COLD ATTACK! LET GO! This is a sneaky one – it knows how to defend itself. No fear, though. Ruby is here! Tactics are everything when it comes to saving the world and even though he’s a young pup, he’s wise beyond his years – or maybe months.

This pooch attacks the cube from several angles. He headbutts it. It’s a stoic foe too, never lets out any yelps of pain. It does have a sweating problem though ” water keeps escaping from it. But Rugby is the defender of this house! This villain who utilizes cold will soon be ousted. He’s even making it shrink. Yay! Perhaps he thinks he will get a medal if he vanquishes this foe. At the very least, a doggie treat.

It’s always fun seeing pets confronting something new in their house. My cat fancies himself the sole defender left against hair scrunchies and will grab them at the first opportunity. Once was right before my wedding rehearsal dinner. I suddenly hear my then-fiancÃ©e chasing him from room to room while yelling, ‘GIVE THAT BACK!’ Ah. Memories. Now we know who to enlist if aliens attack us disguised as ice cubes –

Wasn’t this puppy the cutest thing? He defended that kitchen from the evil ice cube! What did you think? Leave a comment below! 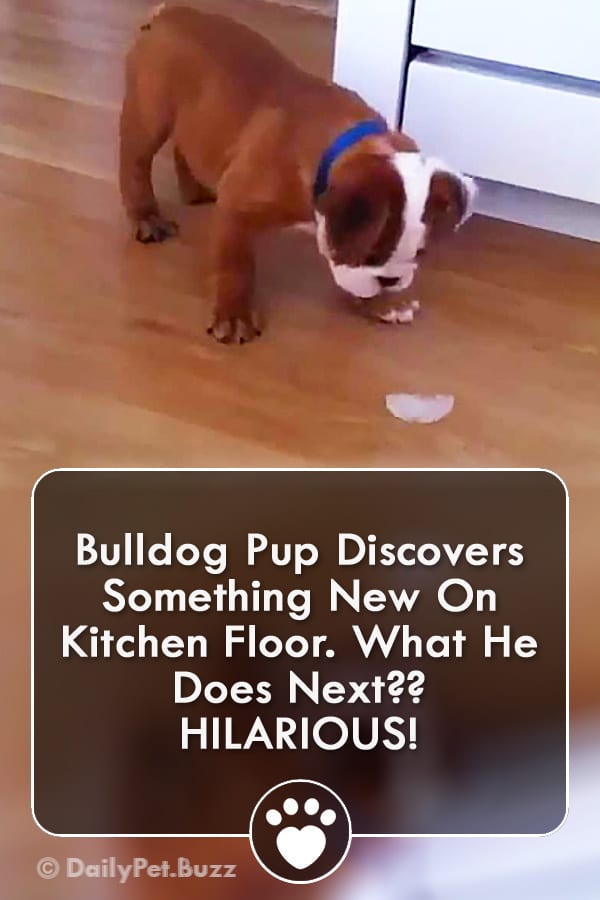