Dogs that are rescued usually come from horrifying circumstances. When they are brought to a shelter, they are usually sheck-shocked and have a hard time adjusting. Usually the videos that we see of them show gruesome images before their rehabilitation. That’s not the case with this one here. There are two rescued dogs, but they look no worse for the wear and are actually doing something fascinating together.

We see two pit bulls that were rescued in a break room at the shelter that they live in. Their names are Cadence and Chance. They are both large and incredibly sweet dogs that clearly like spending time with each other. Instead of ‘The Safety Dance’ these two are in the middle of what looks like ‘The Pit Bull Dance’ . I don’t think that Men Without Hats did that song, but they would probably be glad to write it. ‘He can be a pit bull if he wants to/ he’s a pure breed and he’s no mutt of any kind – ‘

It’s like these two dogs are having a dance-off, similar to movies like ‘You Got Served’ and ‘step Off’ . They seem to be taking turns on a dance floor. One will be doing his moves and then freeze while the other one ‘dances’ . The only thing that is missing is a crowd of dogs and people egging them on while a judge watches to declare the winner of this competition. I would have a hard time deciding which one to crown the winner.

This is one ‘dog fight’ that I could get behind. Both of them are having fun and playing with each other. Their tails are wagging furiously and they are adopting play stances. There’s no chance that either of them will be aggressive. It’s great to see them happy, since apparently they were found in tough circumstances which are not shown in this video. Here’s hoping they got forever homes quickly.

What did you think? Who would you have picked as the winner? I know – very tough choice. Tell us your pick in the comments section. 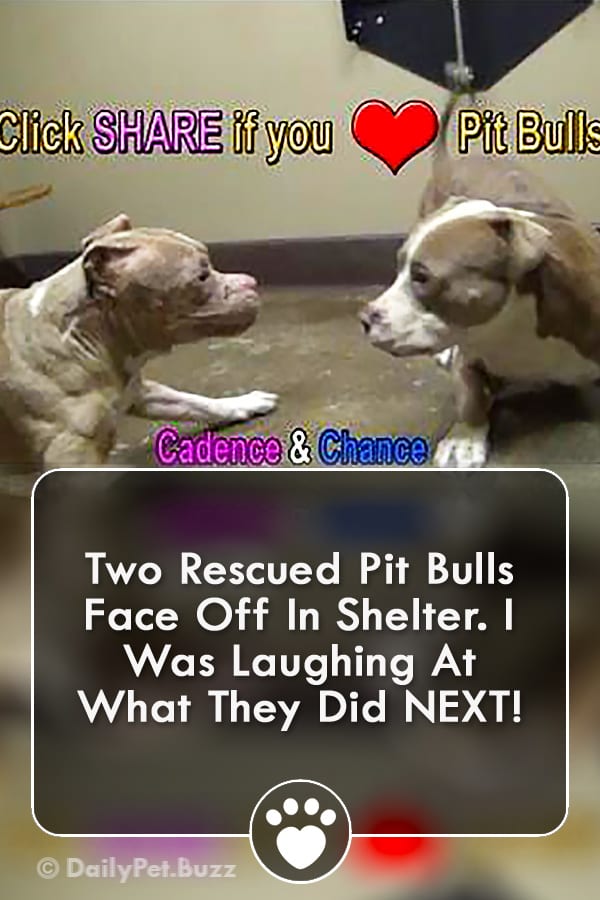