Hope For Paws is a non-profit rescue organization that has helped in rescuing an amazing number of animals that are suffering on the streets or in shelters. One time they received an emergency call about a dog that was spotted in the LA River. An eyewitness shared that the poor dog had been brutalized and thrown thirty feet below into the canal.

The abused dog was in a horrid condition. But he didn’t shy away from human touch. He just wanted to be loved. The rescuers managed to get him out to safety and decided to name him Jordan. But that was not the end of this little dog’s story. The little guy went through a rough road to recovery. When Eldad found him in the mostly dry riverbed, he was sitting on a bag, the only really dry place, and when he lifted the poor thing, he discovered someone had cut off his foot.

He was in such bad shape. They put him in a basket of towels and lifted him out of the river. He didn’t even move, but he was shaking. Jordan was immediately taken to emergency vet care and given fluids and his leg was wrapped. He was treated for mange and bacterial infections. He never protested once. On day four he was strong enough for surgery on his leg, and soon he went home with Lisa as a foster.

But at the end of each day, Jordan got better and better. His transformation is absolutely miraculous! He soon learned to run and play on his three legs, and Lisa’s dog stood watch over him while he rested. He got toys and sweaters and played and got stronger and can even swim. This is one brave little dog. He lost his leg, but he never lost hope.

Watch Jordan’s amazing recovery below! How do you think should animal abusers should be punished? Share in the comments! 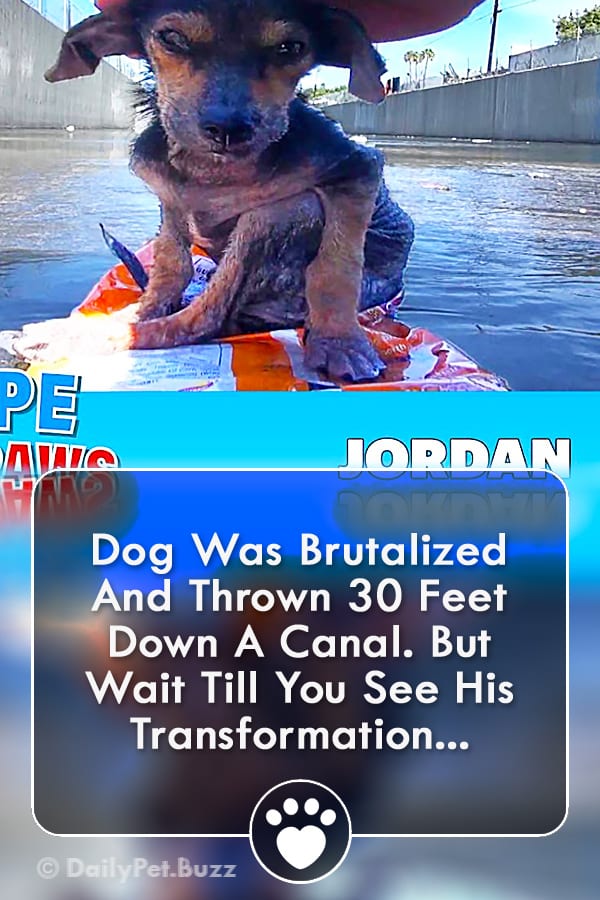