We adore our pets when they are babies because they’re like children to us. And like any other child, they can be a little fussy from time to time, and throw a temper tantrum when we do something they don’t exactly appreciate. They want to let us know what they want, and when they want it, and they’ll stop at nothing to get it. They are also very adamant about telling us when they don’t want or don’t like something!

The doggy that stars in the following video is called Bentley, and he’s very angry because his mom won’t pick him up so that he can get on the couch. Just like a toddler would do if they were in his position, Bentley makes sure his mommy knows that he wants to sit up there with her, and it’s too adorable!

But wait until you see the ingenious way Bentley tried to get up on the couch. No one can say that dogs aren’t clever when it comes to finding a way to get what they really want. They don’t just use puppy-dog eyes. They have ingenious ways of reaching their goals. It’s incredible what puppies will do to get what they want, but it goes to show the love and appreciation they feel for us as their human best friends and caretakers. I love to watch moments like this one on video!

Watch this adorable dog get on the couch at any cost in the cute video just below here, and remember to share it with your friends on Pinterest! 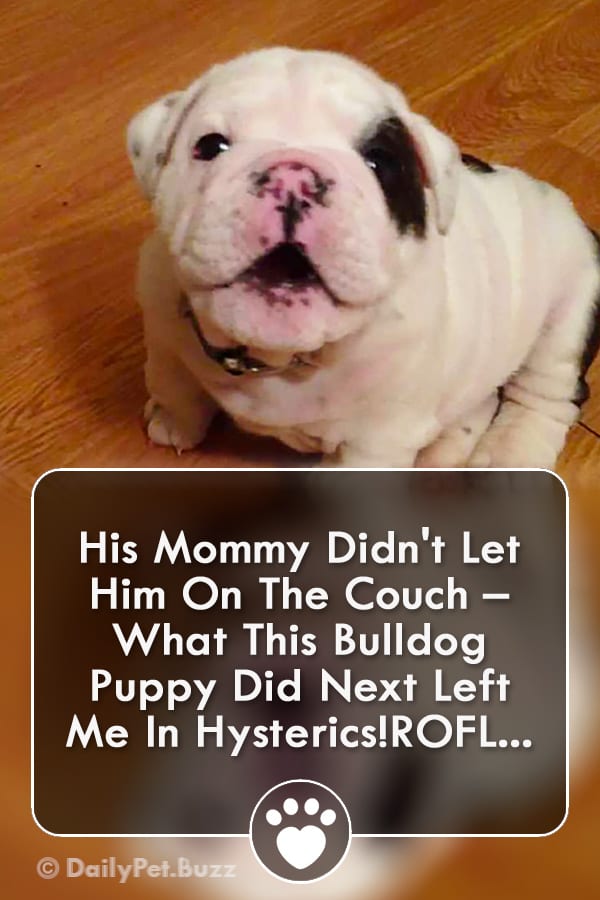