More and more, people are shopping on-line. Shoppers get convenience and an amazing array of goods to choose from. But once ordered, merchandise has to be delivered. Thieves know this and as usual, aren’t above grabbing whatever they can. This is a problem everywhere: even the nicest subdivisions fall victim to this crime. After a series of thefts where packages were brazenly swiped from people’s porches, one resident of just such a neighborhood decided to fight back. We normally don’t advocate vigilante justice, but what happened here is just great!

In the video we’ve posted below, you can see how the package bandits go about casing the neighborhood by car and then stop to grab a package from a porch. Little do the thieves suspect that the homeowner has set up hidden cameras. He can even monitor them live from his workplace! We can watch as a thief gets out of the car, walks right up to the porch, and grabs the package like it’s the most natural thing in the world.

What the package thieves didn’t know was that picking up the package activated a timer inside. 40 seconds later, it’s going to go kablooey and make a real mess! Nobody is going to get hurt, but you can be sure these crooks are a going to have a, well, crappy day.

Watching the camera feeds on a computer at the office, the homeowner and a couple of friends eagerly await the moment of revenge. At first they’re afraid the thieves will be out of camera range when that 40 second countdown is over. Whatever else we might say about these package rustlers, they drive carefully! When the package explodes, the car is only at the end of the block. And so we get to see the shocked thief evacuate his soiled car, obviously unable to believe what just happened.

Did this video make your day? Tell us all about your reaction in the comments at Facebook. Be sure to share, so your friends (who’ve probably had packages stolen) can see this hilarious video. 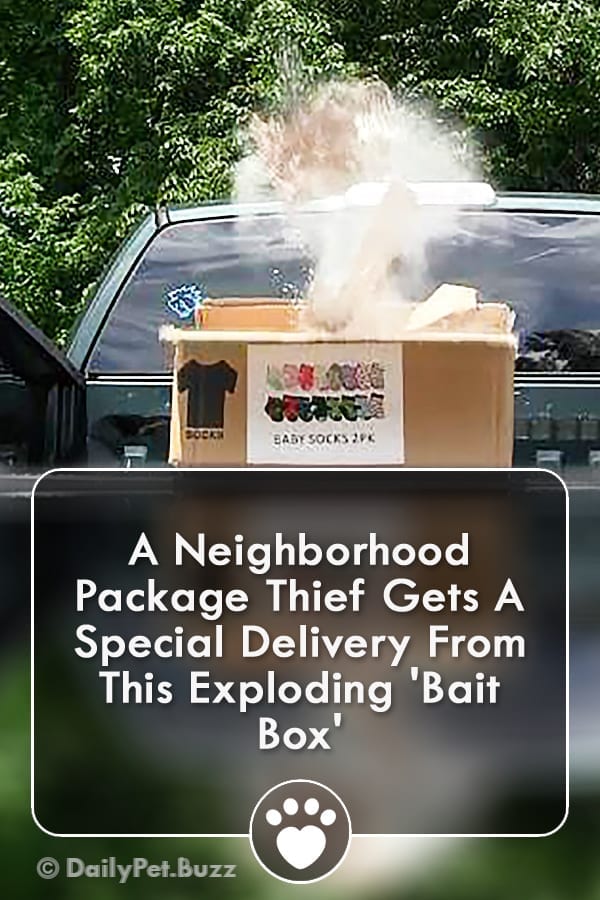