What’s cuter than some adorable footage of a baby? Not much. Except one thing. When the family dog and the baby do something irresistibly cute TOGETHER.

In this hilarious clip, you’ll watch a baby practice her vocal skills on the bulldog who simply takes it like a champ.

The video begins with the droopy faced bulldog sitting on the couch while the baby waddles over and starts gesticulating and passionately arguing with the dog.

Her gibberish argument doesn’t go unnoticed. The dog looks her in the eyes and listens intently. He sits there like a champ and just takes the verbal abuse without blinking an eye.

We don’t know what the family dog did to the baby, but she’s not letting the pup hear the end of it.

Despite the venomous argument coming from the passionate baby’s mouth, the dog just takes it and doesn’t put up much of a fight.

By the end, he is so drained by the baby’s loud argument, he just plops his head down onto the cushion and rests. 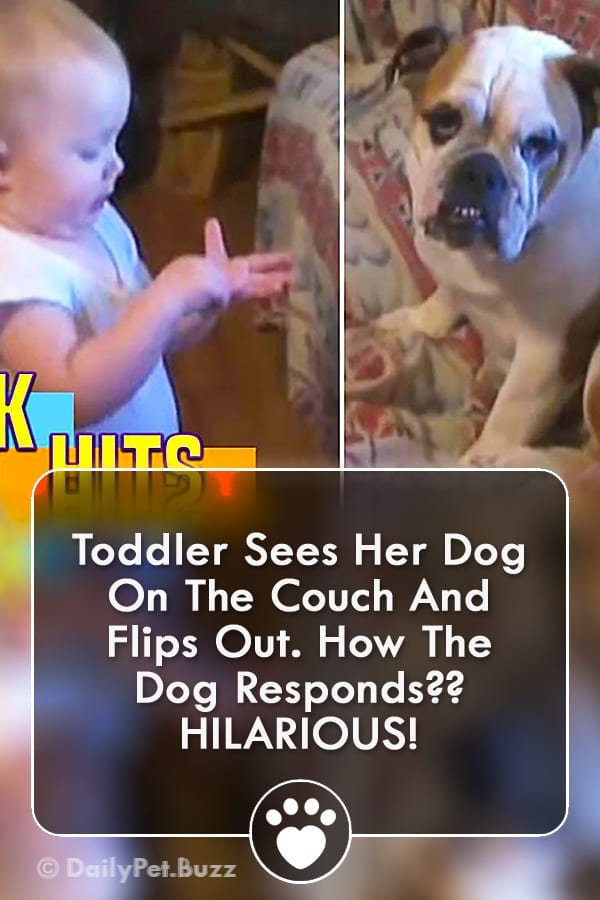