How much do you know about U.S. history? If you’re like me, you probably know enough. U.S. history is one of the subjects that we get the most exposure of in school. After all, who hasn’t heard of our Founding Fathers, the Civil War, and the Revolution, right? In my case, I was a little bit of a nerd you could say. As many people who grow up shy, books became a refuge in times of loneliness.

And I guess you could say I was lonely a good deal of time because you would find me in the library very often. To be honest, I found the library to be very boring the first time I went there. My father used to take me there every weekend. It was sort of an escape for him as well. There were many books about engineering and current affairs that he found in the library and no place else.

He used to take me every Saturday. The first few weekends I didn’t like it. My father was not the type of person who would go with me and take me to the sections I would find interesting like many fathers do today. He would get to the section he was interested in, sit down and read. So, I was left wandering around the library on my own. It was a little dull until I found several sections I enjoyed going to.

The first one I liked was the newspaper archive. Back then, I was around 9-years-old and had no idea they would have something like that in my own library. I started going back as further back as I could. I started reading stuff that had taken place around 1920. I read about the recession back then. Your history teacher will do a respectable job, but there’s nothing like reading from the original sources to get an idea of the atmosphere that reigned back then.

I also had the chance of reading some old history books. To my surprise, they mentioned a few details that were not included in the books I had in school back then. I was starting to understand why my teacher had told us repeatedly to go check out our library. We would find stuff that wouldn’t be in our history books. And go back I did. This became my new hobby, and after many months of visits, I was really making a good impression in class.

For some reason, the people in the following video failed to do that. The crew of one channel decides to head for the beach. Not to catch some waves, but to see how regular beachgoers would respond to some easy U.S. history questions. Would they pass the test? Would they fail? Thousands of Americans and you are about to find out! 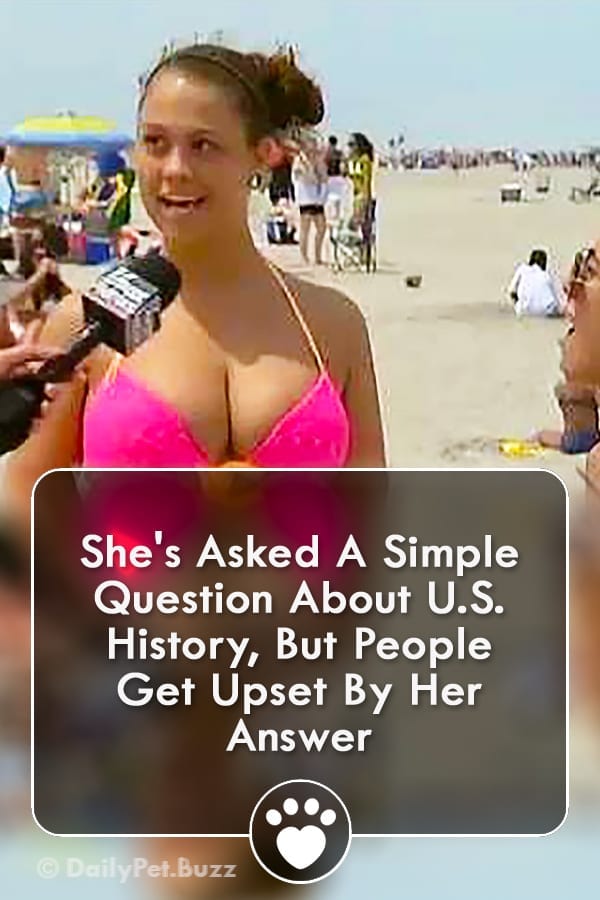