Cruz was a two year-old pit bull who was living on the mean streets of San Bernardino, California. By the time rescuers got to him, the neglect he’d suffered was plain to see: he was dirty, ill, and covered with ticks. He wasn’t happy about being approached by his rescuers so they had to resort to using a choke stick to get him under control. Cruz was probably just frightened, not knowing who these people were or what they were going to do to him. However, they labeled him as “aggressive.” That is, after all, the reputation all pit bulls have: an innately aggressive breed.

Maria Sanchez, who works at the animal shelter, begged to differ. Her determination to show that Cruz wasn’t an aggressive dog had everyone else wondering if she’d taken leave of her senses. As you’ll see in the video posted below, Maria was on to something.

Cruz was hunkered down in a corner of his cage, so it took some effort to get him to come over. Maria has the perfect “come here, doggy, I want to give you some love” voice, however, and this pit bull couldn’t resist for long. He came a little closer but did his best to seem like he wasn’t really interested — there was a sad look in his eyes, but there was no hiding his wagging tail! Now more confident that she was right about the dog, Maria kept at it, sticking her hand in the cage to encourage him to come closer. Slowly but surely, his sweet personality started coming out. Soon the “aggressive” dog was enjoying some love scratches on the side of his head and under his chin. Once again, a little kindness made all the difference!

What do you think? Are dogs only as mean as their owners? Let us know in the comments at Facebook. Don’t forget to like and share! 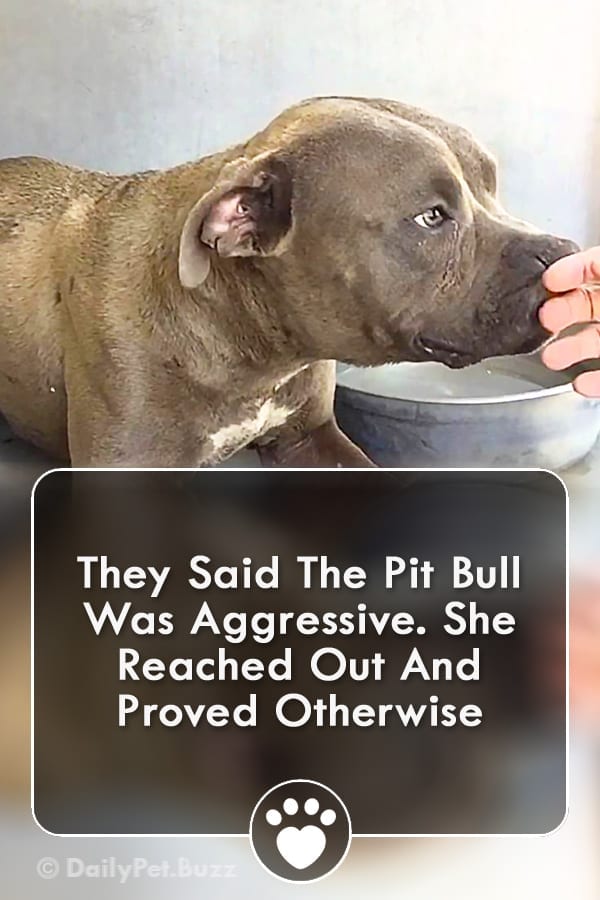