We’ve said it many times before, dogs are always giving us reasons to consider them the best friends we could ever have. Very few creatures are as lovely and friendly to us as our 4 legged furry pals. The loyalty that characterizes them makes them stay with us through bad times as well as good times, and they are very patient and determined to make all of their human friends as happy as they can. But most of all, we love them because of how happy they make us with their mishaps and adventures, like the pup in the video just below!

It was recorded by a man called Walter Ledermüller, while he was driving his car with his human friend and dog friend. The pup is a French bulldog, his name is Junior, and you won’t believe what he did while his owner was recording. His owner is a quite cultured man, and he shows it by speaking in many different languages back to back, not just English, but French, Italian, and Portuguese as well. Not wanting to stay back, Junior makes a hilarious moment when he tries to participate as well. You have to see it for yourself!

Don’t miss this amazing moment just below! Had you seen a dog do something like that? Tell us in the comment section! 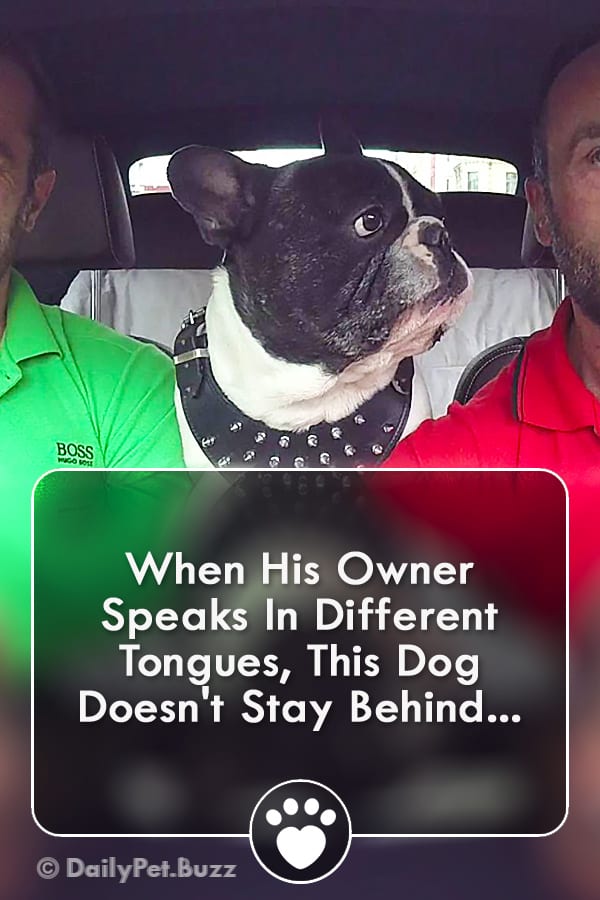