Hope For Paws has been carrying out some marvelous rescues for the last decade or so. Eldad and Audrey Hagar established this non-profit organization to help rescue and foster animals in need. This story is about Dougie, a dog who was dumped on the streets by his owners because they didn’t want him anymore because of his leg injury and his mange.

They were notified about Dougie’s condition by a friend, so Eldad went looking for him. The poor dog seemed a bit wary and was afraid of getting too close to him, even when he tried luring him in with cheese burger. Eldad waited for almost two hours to rescue the dog, but to no avail. When you see how this rescue was completed you’re going to jump in joy!

Eldad writes in the video that most abusers are men, so that makes his job very difficult. He saw an older woman walking by and asked her to help. Within ten minutes, Dougie was in her arms and was soon in Eldad’s car on his way to a better life.

This dog’s face when he is in Eldad’s car and Eldad is petting him is just heartwarming. His eyes are closed and he trusts Eldad completely. He knows he is on his way to somewhere better. Eldad says that he told Dougie he wasted two hours because Eldad already knew how this video was going to end. Aww. Hope For Paws is amazing.

Watch this amazing rescue in the video above! What did you think of this? Share your thoughts in the comments! 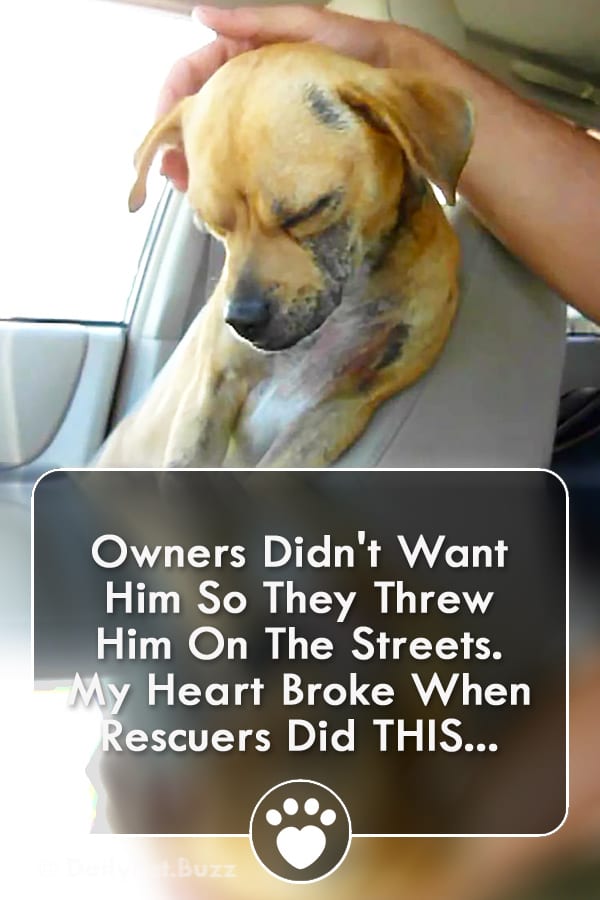