Falling through a sheet of ice is likely to be extremely dangerous for any warm-blooded creature, and every year, hundreds of fatalities are reported as humans and animals plunge into freezing waters. You’ve only got a matter of minutes to get out of the frigid temperature before your body begins shutting down and hypothermia sets in.

It’s particularly dangerous for creatures of the four-legged variety ” and dogs and cats getting into difficulty in such conditions will find it much harder than humans to drag themselves out. This is exactly what happened to one animal at Lake Michigan, who somehow fell through the ice and into the sub-zero waters below.

Remarkably, and even with his body temperature falling rapidly, this tenacious hound managed to make it to the shore alive ” but he wasn’t out of the woods yet. Hypothermia was setting in, and without the proper care and attention, the poor animal would soon freeze to death. Luckily for him, a police officer was in the right place at the right time ” and notified an animal rescue centre, who immediately responded to the call.

The freezing pooch was taken to the centre and given emergency medical care, and slowly but surely, he went on to make a full recovery. The staff there aptly named him ‘Michigan’ after his ordeal in the freezing lake, and then they set about trying to find him a forever home. Nobody had come forward to claim the animal as their own, but after the news story ran, the centre was inundated with offers to give Michigan a new start in life.

Brenda Thompson fell in love with the stricken animal as soon as she saw him, and without hesitating, she threw on some clothes and went straight down to the rescue centre. She was there every single day ” and she knew that she just had to take poor Michigan home. Although hundreds of enquiries were made, Brenda was rightly at the top of the list because of her clear devotion to giving Michigan a second chance.

Watch this heart-warming story in the video above ” but everyone needs to remember, while this is a tale with a happy ending, there are thousands of dogs in animal shelters around the country who need our help ” and it’s not just the ones who appear on the local news that need to be rescued. A dog is for life ” not just for Christmas after all. 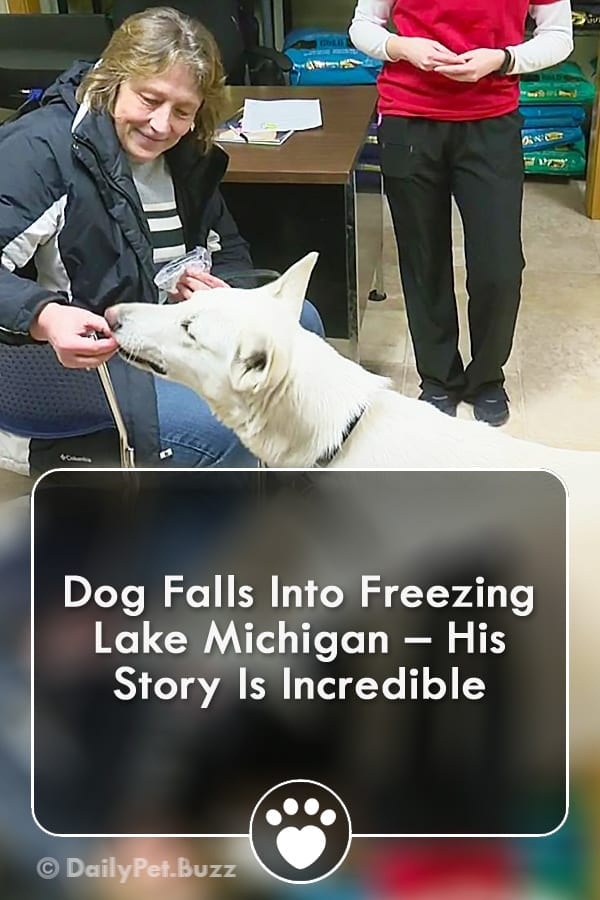